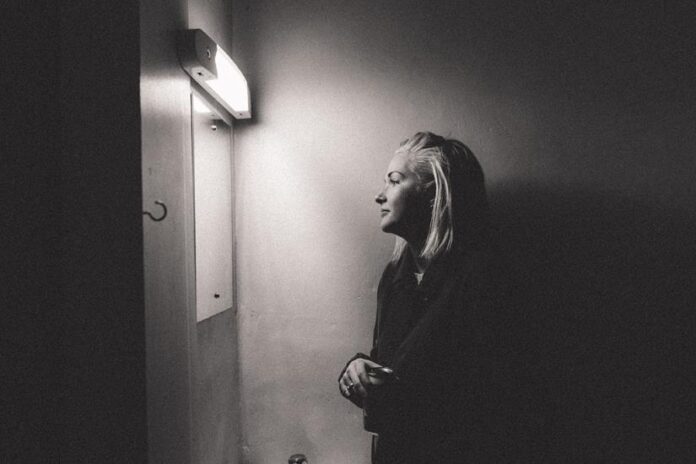 Ailbhe Reddy is today sharing her first new single since the release of her acclaimed debut album, 2020’s Personal History. The release was nominated for Best Album at Ireland’s prestigious Choice Music Prize, its singles playlisted by BBC6 Music, and earned international media support from the likes of Clash, Dork, The Line of Best Fit and Pitchfork. With the arrival of new single ‘Inhaling’ comes news of a performance at this year’s Great Escape Festival next month.

‘Inhaling’ is led by a hypnotic bassline married to a delicate piano with Ailbhe’s distinctly disarming vocal converging to an upbeat chorus. Reddy continues to deftly straddle the line between emotional honesty, vulnerability and uplifting passages, all of which make ‘Inhaling’ another deep and confessional outing.

Ailbhe comments on the new single: “Inhaling is all about feeling drained and restless in life and looking back on my younger self and thinking that even if it was a totally chaotic disaster at times, at least I had feeling.  At least I was experiencing new things and living in the moment.  It’s about missing being out with my friends partying and feeling alive and free. It’s ultimately a song about freedom.”

Listen to ‘Inhaling’ HERE and view the lyric video below.

See Ailbhe Reddy perform at The Great Escape festival on the following date:

Previous article
ODDLY WASTED
Next article
BAND OF THE DAY: OMNI OF HALOS