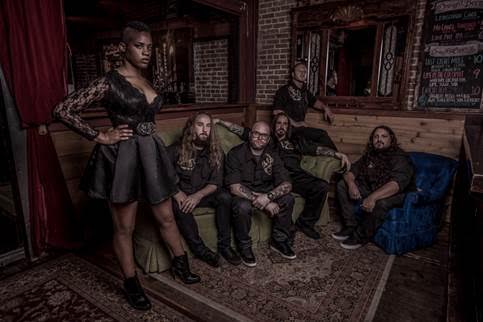 Just shortly before the release of their upcoming album, Houston, Texas based progressive metal powerhouse OCEANS OF SLUMBER premiere another track off ‘Winter’.

Check out the track ‘Devout’ here:

OCEANS OF SLUMBER are also proud to announce that they will be supporting none other than the mighty MY DYING BRIDE on their upcoming European tour. See below for all dates and venues!

The band comments on the tour: “We are beyond excited to announce that we will be joining the magnanimous and legendary My Dying Bride in the UK and in Europe!! To have the opportunity to support our new record and share the stage every night with such an amazing and genre defining band like My Dying Bride is beyond our expectations. So “Feel The Misery”, and get yourselves ready for our brand of bayou tinged darkened metal!”

Physical versions of the album are available here:
CMDistro
EMP

Digital pre-orders with the singles ‘Winter’, ‘Suffer The Last Bridge’ and ‘Turpentine’ as instant-grat tracks are available here:
iTunes
AmazonMP3