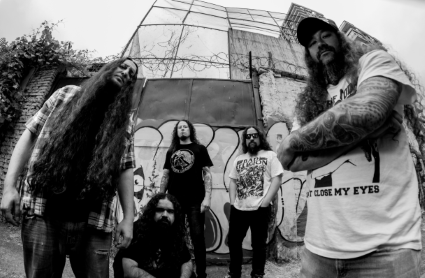 Formed in 2003 Nuclear is one of the most truthful and uncompromising South American metal bands of the new era. Nuclear’s musical career started under the name Escoria in 1995 but it wasn’t until 1997 when the first recording was released. After disbanding in 2001, Escoria’s name turned to Nuclear and the original members Puente, Haussmann and Sudy found a steady line up which is kept up to date.

The band’s constant touring and releases got the attention of UK-based extreme music label Candlelight Records in 2014, A contract was signed and future releases planned.

20th July will see the release of their fifth studio album: Formula For Anarchy!