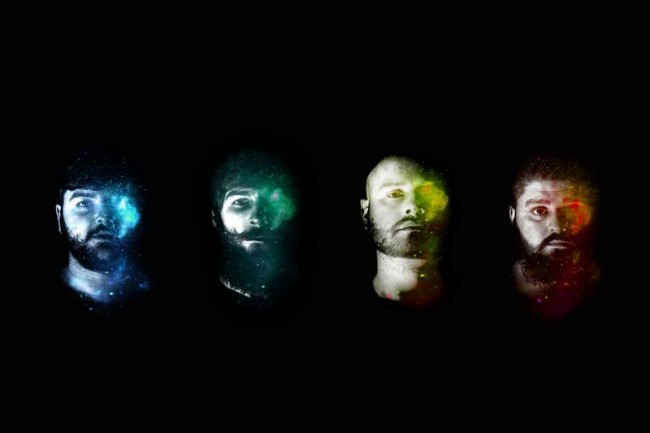 Dialects are back with a new single
Arguably one of Scotland’s brightest math-rock prospects, Dialects are set to return with new single ‘It’s not a ghost… it’s gravity’ on 23rd October. The band have spent a large chunk of 2015 so far building a strong name for themselves within the alternative music scene. Releasing their debut EP ‘LTKLTL’ earlier this year they were praised highly by The Independent, Prog Magazine, Music Week, Musical Mathematics, Echoes and Dust while Kerrang hailed them as ‘delirious instrumental maestros’. Kerrang Radio’s Alex Baker also played the tracks from the release on his Fresh Blood show. The band comment:
‘It’s not a ghost… it’s gravity’ follows on from where our EP story ended. It acts as a specific link in the story when the two characters return to their utopian home, and during the journey they see what future holds for them by means of a clairvoyant message. Musically it’s a massive step forward for us as a band. With the band now fully collaborating on all tracks it’s the next logical step for us to release this song and show how our sound is developing together.’
Early gigs saw the band share the stage with the likes of Maybeshewill and Lite but Dialects soon headed out on tour to promote the release of their EP first with Luxembourg’s Mutiny on the Bounty which was then impressively followed by the band being invited out to tour the UK with Icelandic giants Solstafir.
Now Dialects are set to embark on their third run of UK dates this year with post-rock upstarts Waking Aida, hitting up the following cities:
Sunday 4th of October –  Glasgow, Old Hairdressers – single launch w/ Waking Aida
Tuesday 6th October – Darwen, Blackburn, O’Garr’s –  w/ Waking Aida
Wednesday 7th of October – Leicester, Firebug  –  w/ Waking Aida
Thursday 8th of October – Newport, Le Pub  –  w/ Waking Aida
Friday 9th of October – London, Good Ships – w/ Waking Aida, &U&I
Saturday 10th of October – Bristol, Mothers Ruin  –  w/ Waking Aida
Sunday 11th of October – Nottingham, Hockley Hustle – All dayer w/ Cleft, Delta Sleep and USA Nails
facebook.com/DialectsUK
dialectsuk.bandcamp.com/releases