Blackout In The Monroe Room

As with ‘Horns And Halos’, the new recordings see Monroe both toasting the future and honouring the past, occasionally giving the nod to glam punk pioneers, Hanoi Rocks, the group he forged his name with in the early-to mid-’80s.

Says Monroe: “I’m extremely excited about our new album, ‘Blackout States’. It has all the ingredients of a perfect rock‘n’roll record – strong melodic songs with great meaningful lyrics that defy all cliches, delivered with a punky, ballsy attitude by a killer band. I highly recommend ‘Blackout States’ to anyone who’s even a little bit interested in what real, authentic, high energy rock‘n’roll at its best sounds like today.” 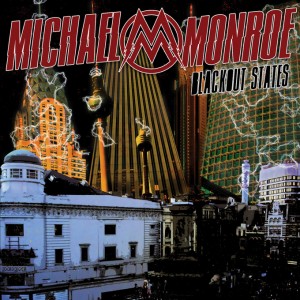