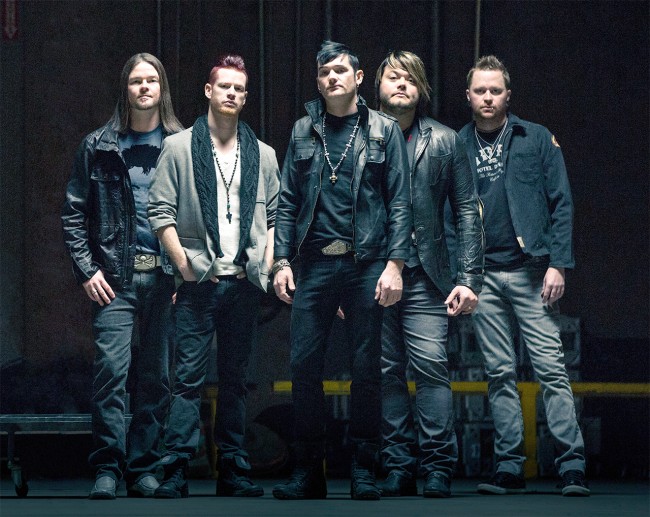 Multi-platinum rockers Hinder, have sold over 3.8 million albums and more than 7.5 million singles, garnered north of 130 million video views, and racked in 40 million spins on Spotify, and counting, are back with their fifth full-length album When The Smoke Clears released last week via The End Records/ADA.

With over a decade-long career under their belts, and having honed their chops touring with the likes of Mötley Crüe, Nickelback, Aerosmith and Papa Roach, Hinder’s upcoming album with their new lead vocalist Marshal Dutton has breathed new sound, and new air, into the ever-evolving band. The songs on When the Smoke Clears run the gamut from rowdy rock to subtle country influence, to memorable pop hooks, all of which retain the DNA-distinct spirit of Hinder. That ability to walk the tightrope between genres, without a net, is something the band has had fun with in creating the new album.

As one of the few bands to have massive cross-over success in recent years, Hinder’s debut album Extreme Behavior climbed to #1 on Billboard’s Top Heatseekers chart and made its way to #6 on The Billboard 200 chart. The album featured one of the biggest songs of the year, ‘Lips of an Angel’ – a Top 5 hit across EIGHT Billboard singles charts (including #1 on Top 40).

Their sophomore effort, Take It To The Limit surpassed their debut, peaking at #4 on The Billboard 200, solidifying Hinder as the biggest new breakout rock act and catapulting them into packed arenas worldwide with their explosive live show. Proving they consistently make hit records, the band followed the first two albums up with a #1 Top Modern Rock/Alternative Album (All American Nightmare), and a #3 Top Hard Rock Album (Welcome To The Freakshow). With increasing social media stats (1.6 million Facebook followers), it’s clear that Hinder fans are along for the ride and as hungry as ever for more.
Drummer Cody Hanson comments:
“We’ve made a really great record. Once the fans get a hold of it, they will be very happy with it. This band was built around a strong core of hard work and friendship. Like it or not, we’re going to be around for a long time.”

Hanson continues:
“Through the years, we’ve been known as a party band. That is still our thing, but we’ve lived every lyric in this song. We know what it feels like to have our entire world crash down around us. The song shows fans where we were mentally. And we know how true the last line of the chorus really is.” The line he is referencing – the powerful statement that “Falling feels like flying ’til you hit the ground.”

Lyric Video from first single from the album, ‘Hit The Ground’: