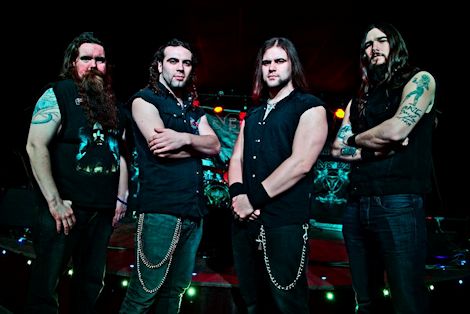 British metal band Absolva have revealed ‘No One Escapes’ as the first video & song from the forthcoming ‘Never A Good Day To Die’ album which is set for release on 12th October. The video includes live footage taken during the band’s European Tour earlier this year, plus footage from the recent studio sessions for the recording of the new album.

The song is also available for free download here https://soundcloud.com/rocksector/absolva-no-one-escapes

The band also reveals the full track listing for the new album….

Fans will recognise the aggressive, muscular groove of ‘No One Escapes’ from the last tour when the song became a regular in the band’s setlist.

‘Never A Good Day To Die’, co-written by frontman Chris Appleton & brother Luke – also of American metallers Iced Earth – is available for pre-order now at www.absolva.com , & features powerful riffs, incredible light and shade, plus contemporary traces, in a combination which is elemental to the Absolva sound.

Chris Appleton has this to say…. ‘We’re completely knocked out by the number of pre-orders so far & we thank each & every fan for their amazing support. Heart & soul has gone into this album; there’s a lot of lead guitar on it, which is what fans tell us they want to hear from us, & the riffs are aggressive & punchy. I think it’s a very natural step forward from the last record. It’s been fantastic to be able to work with Luke again this year; he’s become a gifted songwriter & his last 3 years experience with Iced Earth shines through. Martin has delivered outstanding drum parts once again & Karl’s studio debut has been a revelation’
Meanwhile, the band has added these shows to the upcoming tour schedule…. a South Wales date on 25th September & a Colmar (France) show on 11th November.

Luke adds…. ‘As I’ll be returning to Iced Earth in the early part of 2016 & the rest of the guys will be with Blaze, this makes the upcoming European Tour very special for Absolva. It’s likely this will my last chance to play with Absolva for quite some time’

The full tour listing is available now at http://www.mwaweb.com/absolva_tour.htm 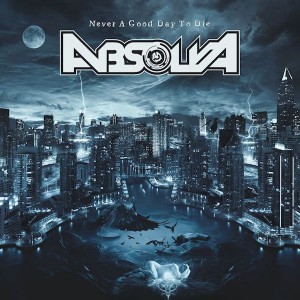 Absolva is also thrilled to be returning to co-headline Wizzfest, in Belgium, on 19th March for what is expected to be a single exclusive show for the first 5-6 months of 2016. The first half of next year for Chris, Martin & Karl, is mainly to be spent touring as Blaze Bayley’s backing band for an extensive European Tour, whilst Luke will be returning to Iced Earth after their recent hiatus.

The band line-up for ‘Never A Good Day To Die’….