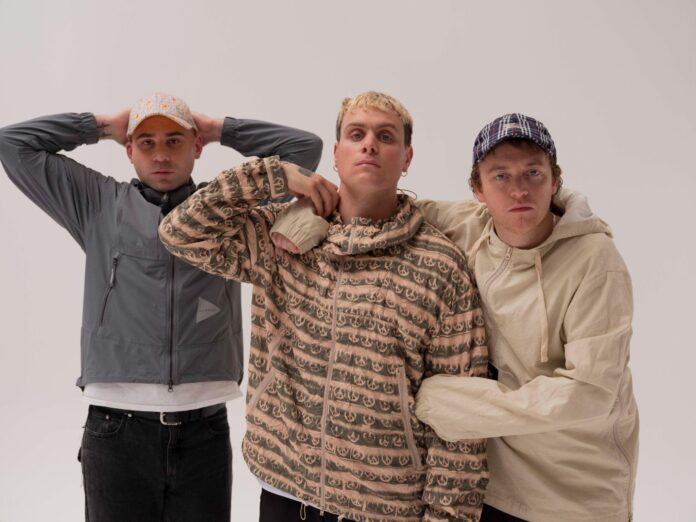 When DMA’S first began to tease their return with August’s ‘I Don’t Need To Hide’ it immediately became clear that a sense of celebration and revolution was brewing within the band. Glittering electronics and a rush-of-blood guitar attack made for a thrill-ride that perfectly embodied the euphoria of the band’s vaunted live shows. As they now officially launch the new album HOW MANY DREAMS?, the self-acceptance of I Don’t Need To Hide clears a natural path for Everybody’s Saying Thursday’s The Weekend – produced by Konstantin Kersting and Rich Costey – to tell its story of embracing others. As vocalist Tommy O’Dell sings, “Better in your arms, always, it’s better in your arms”.

Guitarist Johnny Took comments: “Everybody’s Saying Thursday’s The Weekend; we’ve all thought it, we’ve all felt it. This song is about letting go of the things that weigh us down and embracing the future with a sense of optimism. Stepping in the ‘Right light in the dark times’.”

DMA’S use the single’s video – which features Netflix’s Heartbreak High actor Gemma Chua-Tran – as an opportunity to put the song in its natural habitat: amongst the warmth of the sun, surrounded by friends as the energy of a fading summer slips by.

Listen to Everybody’s Saying Thursday’s the weekend on streaming services here and watch the video here.

DMA’S have just completed their biggest ever Australian headline tour and played the UK this summer on the main stages at TRNSMIT and Reading & Leeds festivals. They are currently on tour with Kasabian throughout Europe and will return to the UK at the end of October for a short run of sold out headline shows. A huge support show with Arctic Monkeys at Sydney’s Domain follows in January before the band returns for another big run of UK headline dates in support of the new album in April 2023.

Anyone pre-ordering the album before 18:00pm BST on Monday 24 October will get access to the tour pre-sale which starts at 10:00am BST on Tuesday 25 October. Tickets will go on general sale at 10:00am BST on Thursday 27 October. Pre-order HOW MANY DREAMS? here.