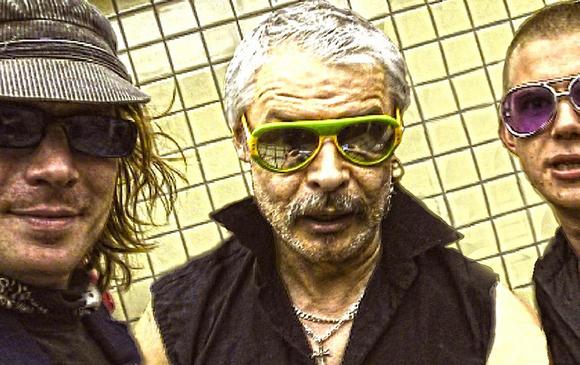 As if sent by Rock ‘n Roll Heaven, fans all over the globe will be able to experience the distinctive and ferocious talent of late Phil “Philthy Animal” Taylor one more time! Yes, the very same Philthy Animal Taylor that provided the pioneering backbeats to all records as a member of the classic lineup in iconic rock group MOTÖRHEAD.

Today LITTLE VILLAINS, who were formed in 2006 by MOTO?RHEAD’s legendary drummer as well as Mr. James Childs (AVON, AIRBUS) and Owen Street of desert rockers WAXY and sludge unit VAILS, have revealed the first and hotly anticipated details about their upcoming album ‘Philthy Lies’ with HEAVY PSYCH SOUNDS RECORDS!

Set for a release on March 29th 2019, Philthy’s music will shine on in true Moto?rspirit with his exceptional performance on the LITTLE VILLAINS ‘Philthy Lies’ album, proving his explosive drum techniques were more than intact many years after his departure from MOTO?RHEAD. Despite personal circumstances preventing the band from ever breaking out, the group decided that the music deserves to be heard as a testament to the late founding member, when LITTLE VILLAINS signed to HEAVY PSYCH SOUNDS and will be represented by James, Owen & the very capable AIRBUS drummer Chris Fielden to continue the group’s legacy and grow!

‘Philthy Lies’ is a half hour slice of a rock n roll dream cake, and a true gem for any MOTO?RHEAD and heavy rock genre collection. To give a first appetizer, LITTLE VILLAINS have not only shared the cover artwork and tracklist with us, but also the stunning track ‘What On Earth’, just exclusively premiered with Outlaws Of The Sun! Dive into a nomad scene of a Mad Max movie, cars fully laden with instrumental weaponry speed across the desert, and stream the album opening track ‘What On Earth’ right HERE! 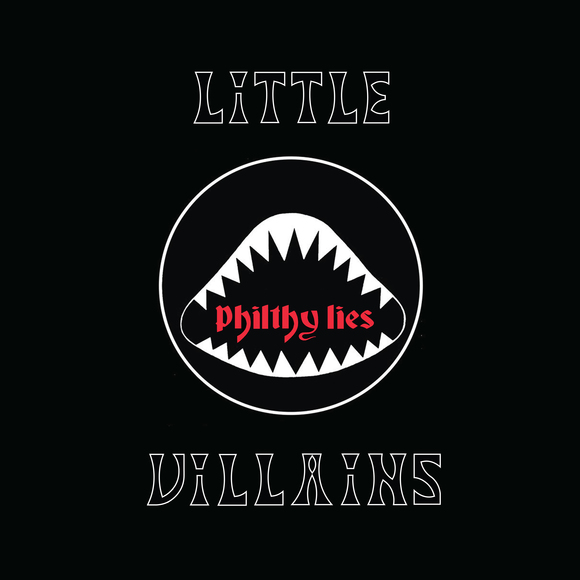 The tracklist of ‘Philthy Lies’ will read as follows:

All album tracks were recorded at Unit A Studios in Palm Springs, California in February 2007. ‘Philthy Lies’ was produced and engineered on 2 inch tape by James A Childs with Unit A’s owner Robbie Waldman assisting the session. Recently, James has carefully carved the record’s sound to maximum justice from the original tapes from mix to master, and it is some of his best work to date.

‘Philthy Lies’ is a testament to Philthy Animal Taylor’s professionalism and prooves that he was still every bit the rock and roll giant, even 15 years after his departure from MOTÖRHEAD. While the album will see the light of day on March 29th 2019 via Heavy Psych Sounds Records,

the pre-sale is now available in the following formats: