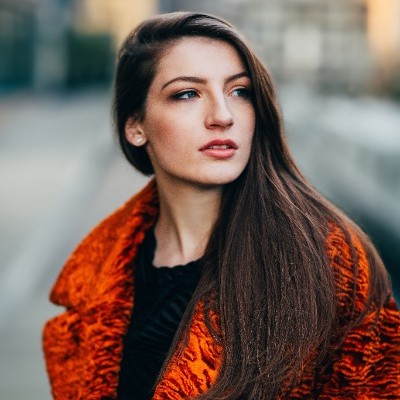 At a time when country music is exploding into the mainstream with huge collaborations between Justin Timberlake and Chris Stapleton, and Bebe Rexha and Florida Georgia Line, Catherine McGrath is poised to become the first international crossover star from the burgeoning UK country scene.

Raised in Rostrevor, a small rural village in Northern Ireland, Catherine McGrath is the personification of how country music is opening its borders to talent from far outside of its epicentre in Nashville. In fact, Catherine was immediately embraced by the community upon her first visit.Working with a kindred spirit in the shape of producer Steve Robson – a Geordie who became a force within the scene after co-writing Rascal Flatts’ smash hit ‘What Hurts The Most’ – Catherine went onto collaborate with a number of Nashville powerhouse producers and co-writers such as Jimmy Robbins (Keith Urban), Liz Rose (Taylor Swift), Forest Glen Whitehead (Kelsea Ballerini) and Sam Ellis (Hunter Hayes).

Country music is of course rooted in Irish folk, so it feels natural that Catherine is at the forefront of a new wave of country. It’s fitting on a personal level too. Catherine was raised in a music loving family, and has regularly performed at her parents’ spirited Fiddler’s Green festival, which attracts musicians from as far afield as North America and Germany. And when Catherine was ready to reach a wider audience, she posted covers of her favourite country songs to YouTube which resulted in her obtaining management and signing a deal with Warner Bros. Records.

Hailed as a major new talent by Sir Elton John, Catherine McGrath’s ascent has been backed by Radio 1 support from Adele Roberts, Scott Mills and Cel Spellman; a playlist at Radio 2, where Bob Harris has been a long-term fan.

Now Catherine McGrath is set to make the biggest statement of her career to date with the July 27th release of her debut album Talk Of This Town. To coincide with the album’s launch, Catherine today releases her new single ‘Wild’, a lovelorn country-flavoured pop smash that was inspired by her experiences at a Coldplay show, and is her tenth consecutive New Music Friday UK playlisted track on Spotify.

Catherine explains: “This song is one of my favourites I’ve written. It’s about a guy who I liked but who still wasn’t over his ex. He took me to a Coldplay concert that he was meant to go to with his ex and half the time he was holding my hand, the other half he was texting her. Every time we were together he was only ever halfway there and the day after the concert I went into the studio and ended up writing about the whole thing. It’s really honest and I think that’s what I love most about it.”

Recorded at various locations in Nashville and London, Talk Of This Town affirms Catherine’s credentials as an artist and songwriter to be reckoned with. It features three tracks which have each exceeded a million streams at Spotify in the shape of the ‘Cinderella’, ‘Thought It Was Gonna Be Me’ and ‘Just In Case’ as well as a wealth of new material.

Other highlights include ‘Don’t Let Me Forget’, a duet with the American country sensation Hunter Hayes; the anthemic ‘Lost In The Middle’, a celebration of the escapist qualities of country music; and the closing ‘She’ll Never Lose You’, a stripped-back ballad which showcases the power and finesse of Catherine’s vocal.

‘Talk of This Town’ will be released on digital and CD formats. The album is now available to pre-order from https://wbr.ec/tott_album with the tracks ‘Wild’, ‘Talk Of This Town’, ‘Thought It Was Gonna Be Me’ and ‘Just In Case’ all provided as instant downloads.

Catherine McGrath is quickly building a reputation in the live area too, with highlights including two performances at Country 2 Country, further festivals including Latitude and Wilderness, and tours with Dan & Shay and The Shires. Her debut London headline show at Camden Assembly was sold-out, while next month’s Bush Hall gig also sold-out within two hours and her Manchester show at the Deaf Institute soon followed suit. Ticket sales are also strong in Glasgow, which looks set to sell-out imminently.