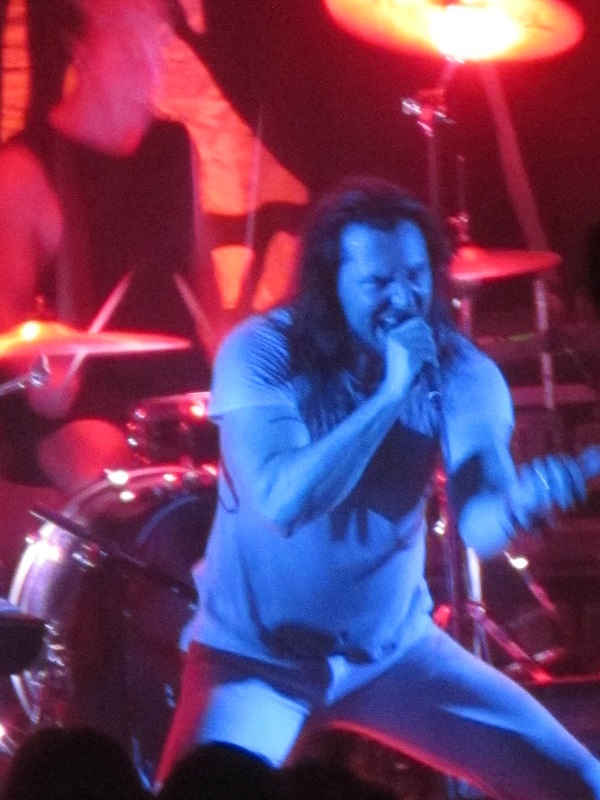 It`s been a little while since Andrew Fetterley Wilkes-Krier graced these shores and even longer since I last saw him as part of an NME package in 2002 with Lostprophets, Black Rebel Motorcycle Club and The Coral.

He`d not long released his debut album `I Get Wet` with its controversial artwork and hit singles `Party Hard` and `She is Beautiful`. He took some flak for the album sleeve as the cover shot is of a wet Andrew with blood running from his nose down his chin and throat. It was claimed this represented cocaine abuse, regardless it got him noticed. Although he was a little maligned in the press. I must admit, I really enjoyed his direct, simple but honest brand of hard rock. So, I was quite looking forward to catching up with him again after such a gap. He`s back this time with a new record too, “You`re Not Alone` which is his first for just over twelve years. He even managed to get the sleeve cover art painted by renowned fantasy artists Julie Bell and Boris Vallejo. 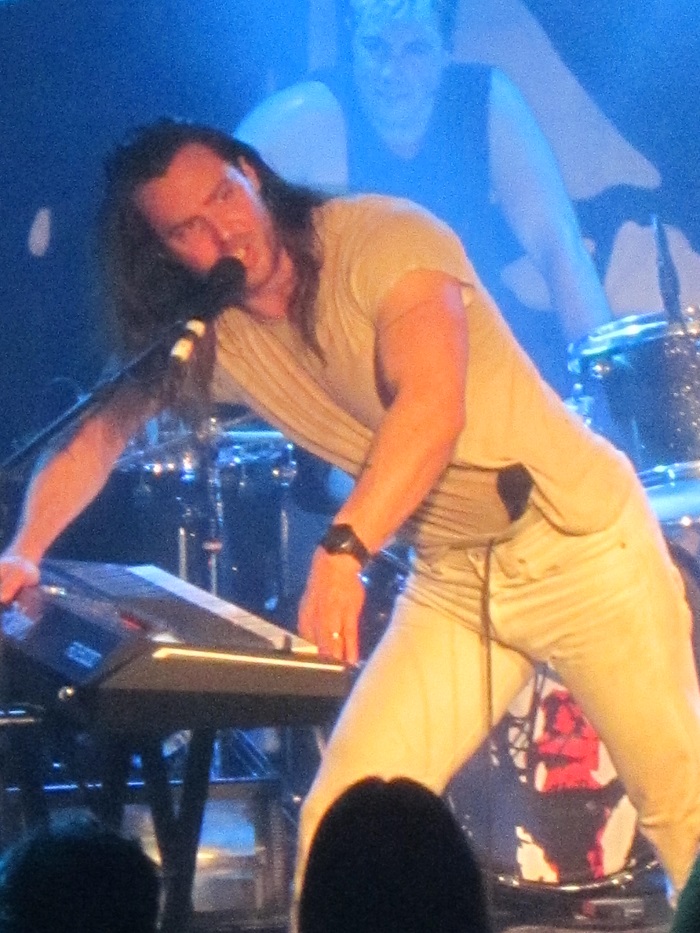 The Academy is fit to bursting as `The Power Of Partying`, a sort of regal piece of music with “Party Party Party” chanted throughout is pumped through the monitors as a form of opener for our hero. Mr WK bounces onstage with his band and blasts straight into a couple of cuts from his latest release with the epic `Music Is Worth Living For` quickly followed by the thumping `Ever Again.` With its sing along chorus that has the faithful joining in. Anthemic `Take It Off` is shared, along with the high energy `Ready To Die` before we enjoy a trip back in time with the belting `She Is Beautiful `A song that Kiss would have been proud to have written follows with `Tear It Up` this is closely matched with the very Meatloaf-ish “You Will Remember Tonight’ Crowd pleasers `Party Till You Puke` and ` We Want Fun` are girted with the superb ballad `Never Let Down` squeezed in between. Mr Wilkes-Krier learnt piano from the age of four and has also played bass and drums for a variety of bands and during tonight`s performance he shares his skills by demonstrating a variety of tunes on all three. This is on top of the stuff he does in the day such as self-help and motivational performances, writing articles, being a music producer, tv and film star, nightclub owner and radio show host. Is there any end to this mans` ability and talents? The set is closed out with a couple of heartbreaking ballads from the new album with `Break the Curse` and ` You`re Not Alone` with the crazy `I Get Wet` slipped in between as a lightener. The band return and play the wonderfully catchy `It`s Time to Party` with `Pushing Drugs` shunted behind before the artist has the whole audience and his own band crouching down and counting down before 3-2-1 and the place explodes when it`s into what everyone has been waiting for `Party Hard` with the marvelous line “We do what we like, and we like what we do.`

Phew what a show, Andrew WK knows how to party and tonight him and his cracking band certainly partied hard, with him jumping around in his trademark white jeans and off-white t shirt. It is hard to dislike the guy and the stuff he does. It`s a pure, honest straight forward, in your face, no nonsense brand of hard rock, a sort of hard rock version of The Ramones for a new millennium generation. Upbeat and enjoyable, a great night`s entertainment, as Wayne and Garth would say Party on Andrew!!!