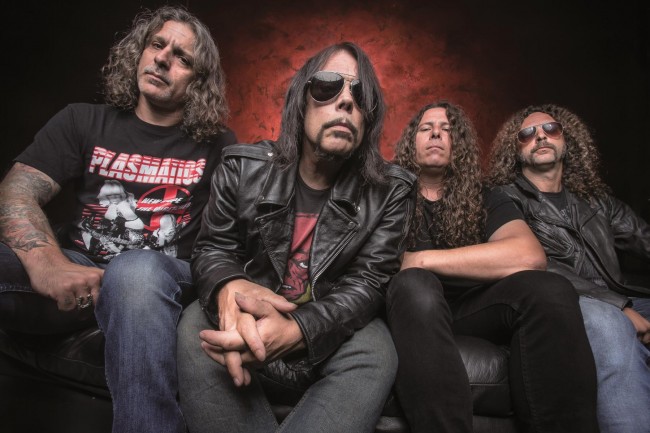 Crazy album out this week – hear a track now!

Now MONSTER MAGNET go back even further to 2010 and their Mastermind album. Even if you know the album inside and out you won`t be prepared in the slightest for the trip that is Cobras and Fire (The Mastermind Redux): just think of the beast Apocalypse Now turned into in its Redux form. Familiar elements drift by and are swallowed whole by thundering psych orgies – Wyndorf often focuses on a singular song fragment and turns it into his ride to total Nirvana. Go look for your daily dose of average rock elsewhere: this is the mindfuck of the year! The album will be released October 9th on Napalm Records.

Day’s away  from the album’s release MONSTER MAGNET has partnered up with HighTimes.com the online home of High Times Magazine for an exclusive premiere of a new song from Cobras and Fire (The Mastermind Redux). Get a first listen to “She Digs That Hole” HERE.

The first single “Mastermind ‘69” is available as an audio stream HERE. A lyric video for the song “Watch Me Fade” can be seen HERE.

Cobras and Fire (The Mastermind Redux) will be released on Napalm Records October 9th. Pre-order your copy on iTunes HERE and via the Napalm Records Webstore HERE.