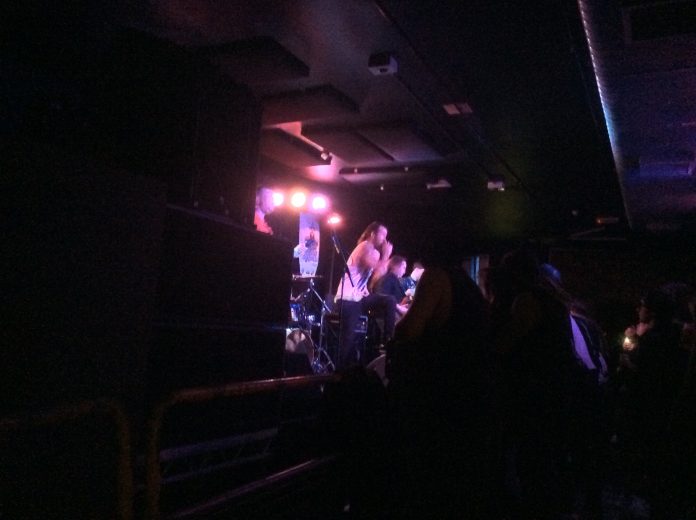 Rogue Reflection have done this before. Former members of the superb Fated Elegy and the mighty Left Unscarred mean that in Midlands metal circles there’s some pedigree here. You might – assuming you were here a couple of hours back – recognise the lead singer who literally has done this just this afternoon. James has stopped being Hostile just for a bit, a change of clothes and a (slight) change in sound and he’s off again.

Two shows in three hours, though, it takes its toll. He’s decided to rename the new song. Not called “Ebola” anymore, it’s now under the “Hernia” monicker because “I’m in pain…..”

The band, when James has recovered, deal in a very meaty and thudding brand of groove metal. At one point they cover American Head Charge and it all makes sense. Elsewhere lots of Zombies get shot (not sure that actually kills them, but then that might be getting off topic) but more importantly than that, the slabs of metal of huge and the sound even bigger. There’s more covers before they are done and Killswitch Engage get an airing, but the originals alone prove these rogues are on an upward curve.