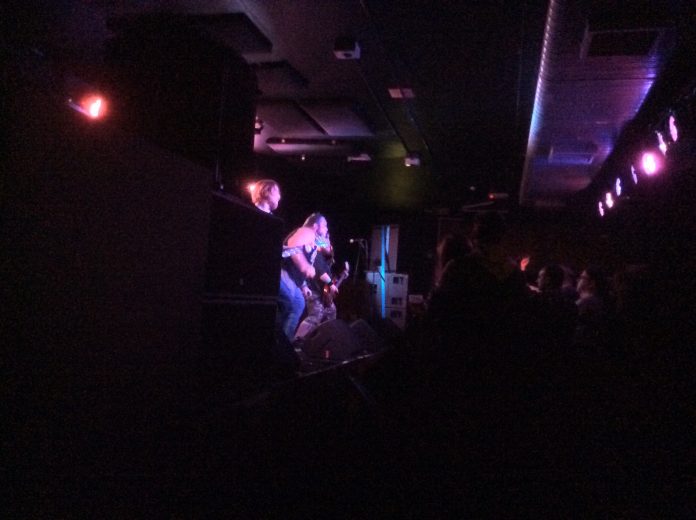 Left For Red are rather good at what they do. This point seems as good a place as any to start this review. They proved their potential and skill with the couple of EP’s they released. But then they propelled themselves to new heights with their recent full-length debut “All Things Known And Buried.” Tonight, unlike the wonderful album launch show they did a couple of months back, is a wonderful mix of old and new, like it was when they played the MVM showcase in April.

This means “Mercy Flight,” title track of one of those EP’s, rubs shoulders with the swaggering new thing that is “Shattered” and the classic metal sounding “Utopia,” both of which provide highlights on a record that actually is one long nine song highlights reel.

They end things here with “Kneel Before You Die” – which as always is turned into a sing along but which very neatly crystallises all that is so good about LFR. A band that deserves every little bit of success they get.