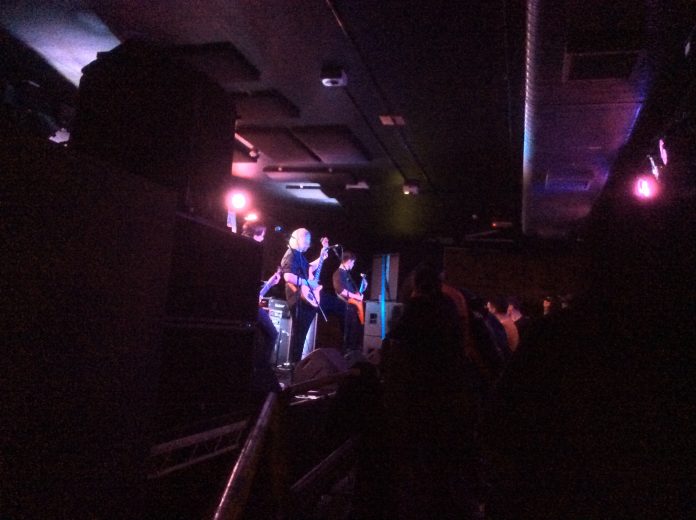 For local boys Husk this is more than just the chance to be the main local support at the Midlands Metal Crusade, this is the chance to launch their new EP to a crowd that might be taylor made for this.

And when we say launch, we mean actually launch as it’s out today. Evidently it’s a wonderful thing too. They start with a song from it, “Absolution,” was only posted onto their Facebook page this morning. It’s a crushing affair, but one with real dynamics.

The four piece are reminiscent of bands like Malefice – with whom they’ve shared a stage – but there’s more going on here. When they lock into a groove they match anyone here, and some of Jak Skinner and Laurence Elcock’s work on guitar is superb, as is the vocal interplay between Elcock and frontman Bob Taylor on another new song “Unearthing The Rapture.”

Elsewhere, the quiet bits are as important as the loud. “Black Mirror,” begins in understated fashion, but arguably becomes the heaviest tightest piece of work in the set.

Very obviously a band with much to look forward to, Husk were in incendiary form here, as the slamming closer “I Am a Legend” rather proves beyond doubt.