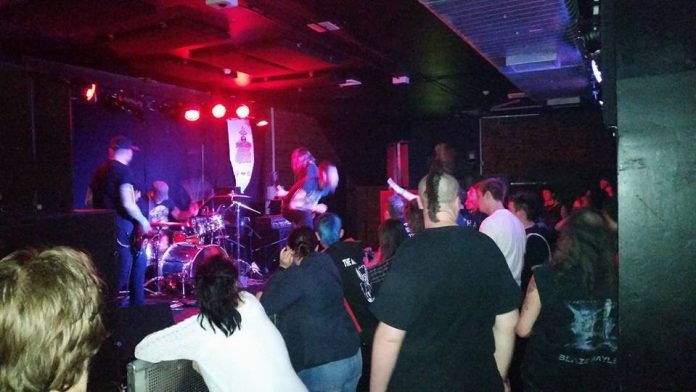 The Midlands most brutal sludge attack

Burden Of The Noose were, until about two minutes before this show, minus their bass player. Thankfully alls well that ends well and, by the time they get to the stage, there are a full compliment of people (including a stand in drummer).

Some bands would wilt under this type of inconvenience – christ, some bands don’t go on for far less a problem than this. Burden are made of sterner stuff. This is entirely a good thing, because, as anyone who has seen BOTN recently knows, they are even more focused and even more crushing than usual. Andy Barraclough has taken the sole duties for vocals and it seems that they more controlled. Songs like “The Begging Game” are as heavy as concrete and there’s a Raging Speedhorn type of feel pervading things.

This is very British type of sludge, that borrows from the Deep South of the U.S. but remembers its from Birmingham, as the riffs to tracks like “Lucifers Path” is slow and heavy, contrasting nicely with the breakneck, sandpaper stuff in the verses. We are lucky in the Midlands to have so many superb bands right now. Here’s another. And it’s never a burden to see them.