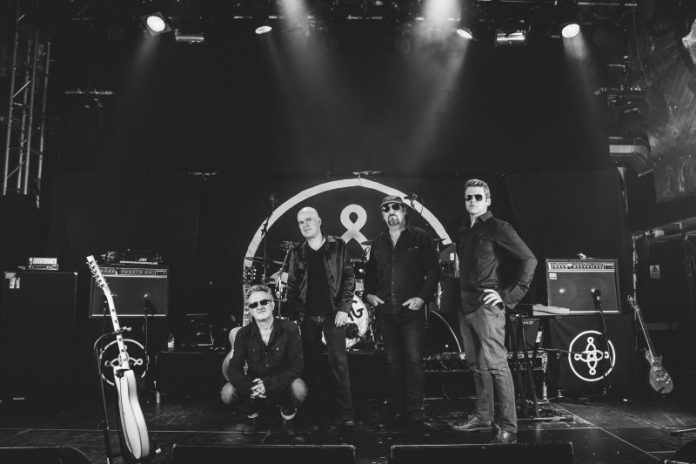 To coincide with the release The Mission will be touring the UK in May with The Skeletal Family and Pauline Murray supporting on all UK shows (except Norwich). The seven UK dates start in Norwich on May 11th and include Wayne’s Birthday celebration show in Sheffield, before concluding in Leicester on May 27th..

Another Fall From Grace was feted by the critics and supported by their most extensive and ambitious tour since they reformed in 2011. The album entered the UK Top 40, giving The Mission their highest chart position in 24 years and includes the singles : Tyranny Of Secrets and Met-Amor-Phosis.

With the original members Wayne Hussey, Craig Adams and Simon Hinkler being joined by new drummer Mike Kelly in 2011 and armed by one of the most rabid fan bases in the world The Mission have continued to excite the legions with the release of their new album Another Fall From Grace and will continue to do so this year with the box set and forthcoming shows.

The Complete Another Fall From Grace Box contents

Blood On The Road

Only You & You Alone

Supported by Pauline Murray and The Skeletal family except *

*  There is no support scheduled for the opening night in Norwich and we, here at MWIS, understand from the band that they are maybe planning to play one of their infamous 2 set gigs that night as a warm-up for the rest of the tour.

Tickets are available from all the usual places.

THE MISSION ANOTHER FALL FROM GRACE TOUR 2017 dates in full

To order the new album alongside exclusive merchandise go to https://the-mission.tmstor.es

THE MISSION  with ALICE COOPER and THE TUBES November tour 2017: