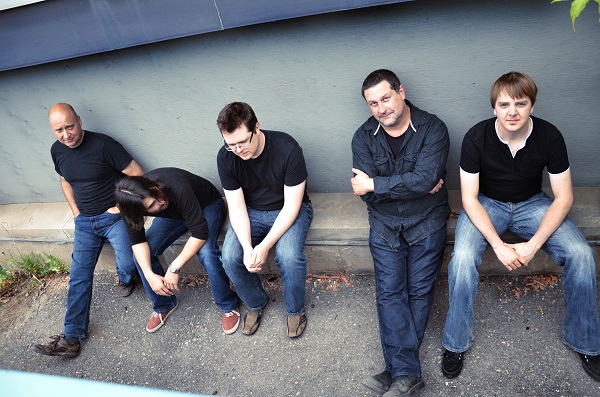 Last month we sat down with Machines Dream singer, Craig West. In the first of a two-part interview we talk influences, new albums and the search for perfection in the studio.

Recently the annual Prog Awards took place in the UK. The host of the event was the journalist and TV presenter Gavin Esler. Speaking on national radio of the artists up for the Best Album gong, he was struck by the sheer scope of what was on offer. Amongst the fêted work was Fish, with a concept album about the World War One, Ian Anderson and his brilliantly bonkers new stuff and Tesseract, who make in places what is brutal heavy metal, Esler surveyed the landscape and said this: Prog is the only genre where genre doesn’t matter. It stands for anything that is interesting.

Or put another way: what’s in a name except boundaries?

“What’s in a name except boundaries,” is the opening line on the debut album from Canadian band Machines Dream. An absolutely magnificent record, it is by turns lush and brooding, but always looking to smash down the concept that anyone should be bound and constrained by something as simple as expectation.

Consider that line again, which comes from “Boundaries,” the record’s lead off track. “What’s in a name except boundaries?” Could mean anything, and that is it’s beauty. Then couple it with this one, which comes from “Everyone Says Goodbye,” a gorgeous Floyd-esque freak out which comes a little later: “I would rather die than tell you all the secrets in my life,” it is supposed to mean anything. This is a record – these are songs – to lose yourself in. 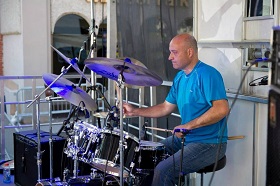 Now the band are ready to stick out album number two. “Immunity” is due to drop later in the autumn and, speaking to singer and guitarist Craig West, from his home in Ontario, it becomes immediately obvious that their second opus is not some stopgap. This is their statement. This is Machines Dream giving their ideas to the world.

Not that the extremely modest, pleasant and humble West would ever dream of putting it in those terms. He is quite matter of fact when he says: “We are an extraordinarily lucky band in that I worked as a recording engineer for a while, and built a home studio where I have recorded and mixed our albums as well as a few other artists. Because I own the studio, we have the luxury of taking our time to get it right.”

The days and nights spent in that studio to produce “Immunity” have so far only been given to the public in the shape of its lead single “Broken Door.” As a taster it is almost perfect. A few weeks ago the track received it’s first airing on an English prog radio show, which for a band as Anglophile as MD is pretty apt. 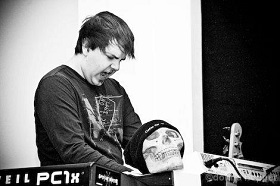 There is a piece on that debut called “London By Night” which reckons that the English capital “like a dream.” However for West, who speaks with passion of his desire to play in the UK, a connection with the British Isles has been there ever since he found music: “My first great love was The Beatles, when I was a little kid. Then I discovered The Who. The Who eclipsed The Beatles and became my favourite group for many, many years,” he says, his childlike excitement still evident. “Specifically it was Quadrophenia, and that’s where I fell in love with the idea that music can communicate ideas and emotions simultaneously.”

Then came what he terms “an avalanche” of prog, but even then, the Canadian was looking across the pond for his inspiration. “It started with Dark Side Of The Moon” he recollects. “and then I discovered old Genesis…..” With this tails off, thinks for a minute, before laughing. “Well, specifically Trick of The Tail and Wind & Wuthering. Yes, I know those albums came after Gabriel left, but they’re my favourites. Sorry prog purists!” 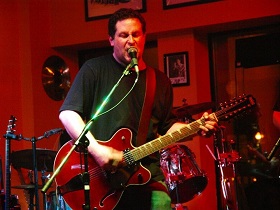 The young West was now hooked, and warming to his theme, he explains with great joy the record that really did it for him: “The biggest plunge into prog came when a friend lent me a copy of “Script For A Jester’s Tear” by Marillion. That floored me. It seemed to take everything I had loved up until that point and roll it into one album. I’ve followed Marillion ever since then”.

Now though, his focus has changed again, indeed, he barely has to think for a second when asked what his Desert Island band would be: “Jethro Tull.” He says firmly. “For the imagination, the variety, the musicianship, and the balance they struck between well-crafted songs and musical virtuosity.”

West is too modest to put his own band in those echelons, but this new record surely must propel them forward. The singer doesn’t talk in terms of making music, instead songs are “sculpted” and “crafted.” Do not make the mistake, though, of thinking there is anything remotely pretentious about West, rather, it is a search for perfection that informs his record process.

The recording process for “Immunity” was not without it’s problems and tensions: “During the recording of the record we had lost our lead guitarist, and so we began work as a trio,” he offers. Appropriately for a band that would – as the song said – “rather die than tell us their secrets,” reasons for the split aren’t forthcoming. What is known though is that the three men, completed by Ken Coulter on drums and Brian Holmes on guitar, got to work.

“Ken played the drums, I played guitar, bass and did vocals,” says Craig. “Brian played keyboards and bass, and we pretty much sketched out the whole album that way.”

Until that is, a couple of new recruits turned up, as West explains. “Halfway through recording, we added Rob Coleman as our new lead guitarist and Jake Rendell, who is a multi-instrumentalist and singer. Jake has since taken over full time on the bass and does all the backing vocals while Rob is a very gifted and intuitive player who has crafted parts that interlock my guitars and Brian’s keyboards.”

The Immunity Line Up

The result is “Immunity” a record that the whole band are clearly itching to get out. It is also an opus with an enormous title track – indeed even for progressive rock , it was just too long: “It started out as a 30 minute suite with several movements, and themes. It was like a mix of side two of The Beatles’ Abbey Road, Pink Floyd’s Echoes, with a bunch of heavy guitars and a guest saxophone from Josh Norling thrown in in,” smiles Craig.

This presented it’s own problem, as West comments: “It was good, but it displaced the other tracks on the album. Either the album began with “Immunity”, and then the three shorter songs felt disposable, or it began with the shorter songs, and then it seemed to take too long to get to ‘Immunity’.”

The answer came when the prog archivist found inspiration from the past: “I remember reading the story of Genesis’ “Duke” album originally having a side-long piece which would up being broken up and bookending the album. “Wish You Were Here” is another case of that with ‘Shine On You Crazy Diamond’,” he adds. “I was bored one night, sitting in the studio, so I thought I would try it as an experiment and I loved the results. I sent them to the band as well as to our record company, and our manager. The consensus was that as cool as Immunity was, doing this made the entire album feel more cohesive. Also, it’s a hell of a lot easier to play live in two chunks!”

In an age when bands are so boastful and everything so hyped, that reading about a new album can on occasion seem like a baffling cross between a Floyd Mayweather press conference and a party political broadcast, only once can Craig West be coaxed into saying anything remotely bombastic. “We make a certain type of progressive rock,” he states. “There are people who like this kind of progressive rock. If you are a prog fan, we want to be your band.”

There is of course another famous prog rock band from Canada, you have probably heard of them. Machines Dream have that covered too: “Look,” says West, “eventually Rush will retire and there will need to be a good Canadian prog band to carry the flag!”

See, even when he’s trying to play the strutting rock star, West has to tone down his language. A good band? Machines Dream are better than good already. You suspect that West knows this, but you can be damn sure he’d rather you made up your own mind.

In part two, Craig gives us the lowdown on the Fan Funding options available for the new record as well telling us just why they want to record YOUR lyrics.

You can download the debut album for free here

You can connect with the group here.