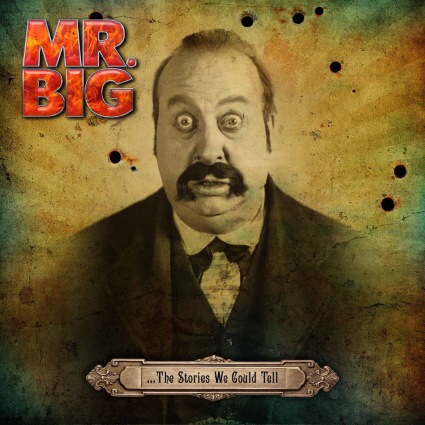 Mr. Big were never your normal cock rockers. They might have formed in the late 1980’s just as the world was going GnR crazy, and they might have trod the more melodic side of metal’s tracks, but there was more to them than that.

For one thing they sold bucket loads of records, indeed you can make that millions of bucket loads of records. Songs like “To Be With You,” the enormous chorus of “Green Tinted 60s Mind” and their cover of Cat Stevens’ “Wild World” were serious chart botherers (and far more so than most of their contemporaries) but there was another massive difference between Mr Big and just about everyone else – these boys could really play.

Whilst with some of the bands of the 1980s and 1990s there was a suspicion that they spent longer practicing combing their hair than playing their instruments, you certainly couldn’t level that at Paul Gilbert and his mates.

Each of the members of Mr. Big is also a reputable virtuoso in the music industry. Billy Sheehan (who we saw play an incredible solo with Winery Dogs) has won dozens of “Best Bass Player” awards in numerous magazines, including an unprecedented 14 years in a row from Player Magazine, Japan’s number-one music magazine. Gilbert is recognised as one of the top guitarists of this generation. Aside from the tons of albums he released since his departure from Mr. Big, he frequently holds clinics and designs guitars for Ibanez, while just for good measure, Pat Torpey has been conducting clinics for Tama drums.

None of this matters a jot though, if the songs aren’t any good, and for this, the follow up to “What If” the album they returned with back in 2011, they’ve teamed up with producer Pat Regan (Deep Purple, KISS, Warrant, Keel) and that type of studio polish is all over the 12 tracks here.

They are 12 songs that begin in strident fashion with “Gotta Love The Ride,” but that merely acts as the entree for what follows. “I Forget To Breathe” is like being transported back in time. A quite brilliant hard rock song, the way they used to make them, with a huge chorus and a bigger hook, this really is Mr. Big in top form, and by the time Gilbert has played his solo, you wonder why they ever went away.

If …..”Breathe,” is a high point then the album is a whole is a collection of superior, unashamed radio friendly rock. “Fragile” echoes OU812-era Van Halen, and it’s widescreen aims are shown with Martin crooning the line: “I clicked my heels in Kansas and pulled a rabbit right out of the hat.”

These wizards of rock Oz, if you will, keep them coming, there are groovy rockers like “Satisfied” which sounds like Aerosmith should, and huge ballads. “The Man Who Has Everything” is only out powered by “Just Let Your Heart Decide” which manages to sound exactly what you would expect a song called that to sound like.

There is a bit of a race to the finish, “Its Always About The Girl” offers no surprises, but is good fun, “Cinderella Smile” is kinda funky, while the title track which closes things, is almost like a knowing wink between band and fans, all set round a slow groove: “listen you your lies and I’ll tell you mine” smirks Martin. This is the song of an outfit that is comfortable in its own skin.

The whole album meanwhile is that of band that knows where it is in the world. There is no need to follow trends and chase the fame. They’ve been there and done it. This is them giving us the tshirt. And in doing so they have given us one of the hard rock records of the year.