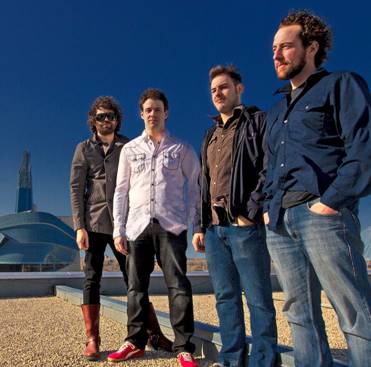 Spiders We Eat EP just out, and we’ve got a track

Canadian-American indie rock band The Mailman’s Children have just released the song “Private Room” to iTunes and other online platforms.

The suitably twisted song is part of their 4th studio recording and new EP “The Spiders We Eat.” The mass shooting of July 20, 2012, which took place at an Aurora, Colorado movie theater during a debut showing of “Dark Knight Rises” took the lives of 12 and injured many. Labossiere, singer of the band, says the song was written as a social commentary of the recent and still current era where people commit murders and then enter into a “not guilty by reason of insanity” plea; quite a controversial subject in recent years. James Eagan Holmes, the accused and alleged gunman, is currently on trial for this tragedy, and has entered into a “not guilty by reason of insanity” plea.

The Mailman’s Children did not wish to comment too much further on the lyrics of the song but did say that it would be interesting if people could claim insanity for all their bad deeds, murder or not.

Sell music on Amazon at ReverbNation.com

Previous article
Dawn….Of The Dead
Next article
Tornado Blow In