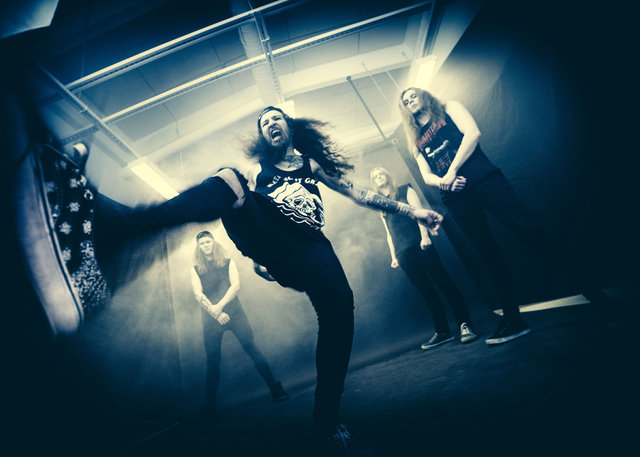 Braindead is the third album by Finland-based thrash metallers LOST SOCIETY and will be released on February 12th, 2016 via Nuclear Blast. In celebration of their new release, the band have been posting a series of trailers covering the recording of the album. Today sees the release of the first track by track trailer, in which frontman Samy discusses the tracks ‘I Am The Antidote’, ‘Riot’ and ‘Mad Torture’.

The band premiered the official video for ‘I Am The Antidote’ at the end of last year.