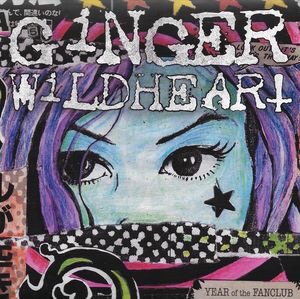 The most prolific artist in the world?

Over the years, collecting everything that the man his mother calls David Walls has been involved in has been almost a full-time job in itself. From the Wildhearts (a band that the public refuses to let die) to his spells in Michael Monroe’s band, in his own bands Silver Ginger 5 and Hey Hello, to the innumerable side projects and solo efforts from Howling Willie Ladies Part (cleaned up for decency) all the way Supershit 666 (and we haven’t even started on the songs he’s written for others) it’s been a many and varied career. And that’s to say nothing of the fact that he’s made fan funding work in a way no other artist has.

So even when he announced a Fan Club collection last year, which was to see 36 songs released to those who were members, it wasn’t strictly the first time he’d done it. The singles thing was nothing new and the last lot – never fully completed and released mail order – were collected and put out as a compilation called “A Break In The Weather”. There were some magnificent things there. This beats it.

Those who paid for G.A.S.S got all their songs and now the best – according to the man himself – make up this 12 track album.

In typical Ginger style anything goes here. There’s stuff that could have been Wildhearts b-sides – “Down The Dip” – theres the catchiest pop music you can imagine – “Honour”, a duet with Courtney Love – and there’s some incredible stuff that manages to be baffling and catchy at the same time. Seriously, listen to “What Would Henry Rollins Do?” and tell MV there’s not genius at work here. How something can be this ridiculous yet so right at the same time only Ginger knows.

Throughout his career, wherever it’s gone, there’s always been a sense of Ginger giving himself personally to the lyrics. The very first track on the Wildhearts first full length album “Greetings From Shitsville” was about his living situation at the time, and those traits are right here too. Mental illness is a cause close to the artists heart, and there’s a couple of songs here that deal with that explicitly. “Do You” – the albums absolute high point – asks over its countrified acoustic strum “do you ever think about suicide?” While “Toxins And Tea” – as well as taking on bigotry head on – concludes “no ones listening in the world of medicine and that’s why England’s gone to shit.”

“…..Fanclub” is every inch the best solo thing Ginger has done. His love of country and folk music (and it was always there – look at “Geordie in Wonderland” getting on for twenty years ago) shines through on the brilliant “The Pendine Incident” and “If You Find Yourself In London Town” which has echoes of the world weary work of fellow North Easterner Mark Knopfler.

As if to prove, though, that he can still do balls out rock n roll as well as ever, along comes “Ostracide” and the absolutely barmy “Don’t Lose Your Tail”, which chucks everything – and the kitchen sink – just to see what sticks. In so doing it acts as the metaphor for this most rewarding career.

There’s never been anyone like Ginger. There probably never will be again. This proves it. To paraphrase one of his own songs from way back when. God bless the Wildheart.