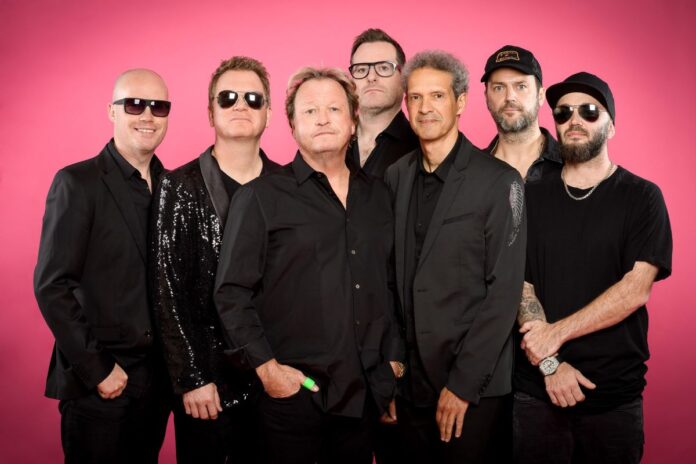 AEG Presents is delighted to announce that Level 42 will hit the road once more for the 22 date ‘Living It Up’ UK tour running October to November 2023.  22 dates in ’23! Tickets will go on sale from Friday 2nd December 2022 at 10am from aegpresents.co.uk. Tickets will be available from aegpresents.co.uk. Level 42 will be joined on all dates by Special Guests The Christians. Full tour routing below.

Level 42 is a band with nothing to prove, but all the desire to continue their run at the top. The ‘Living It Up’ Tour follows the recent all-too-brief ‘Lessons In Live’ seven date UK tour that has just finished, which included selling out the Indigo at The O2 venue. Bassist and frontman Mark King said, “As we hurtle into 2023 on the back of a brilliant ‘tour-ette’ in ’22 I am thrilled to announce the next tour dates for AEG.  You amazing fans have made it clear that our tours are not only a Level Fest for the feet, but a social event where fans from across the world meet up and party. How brilliant is that!!  Can’t wait to see you all again and PARTY ON.”

Mark King is a musician who has truly created a sound and style all of his own and is in constant demand, both from the fans and from his peers, along with founder member Mike Lindup who continues to provide the soundscape and vocals that are unmistakably Level 42. To date the band and Mark have released 14 studio albums, 7 live albums, the Sirens’ EP, and 6 compilation albums, had 18 top 40 singles, including the era-defining ‘Lessons in Love’, ‘Something About You’, ‘Leaving Me Now’, ‘Running in the Family’, and ‘Hot Water’, sold out Wembley Arena for a total of 21 nights and sold in excess of 30 million albums worldwide. In short, they have proven to be one of the most successful British bands ever and it is clear they continue to set the benchmark for British Jazz Funk.