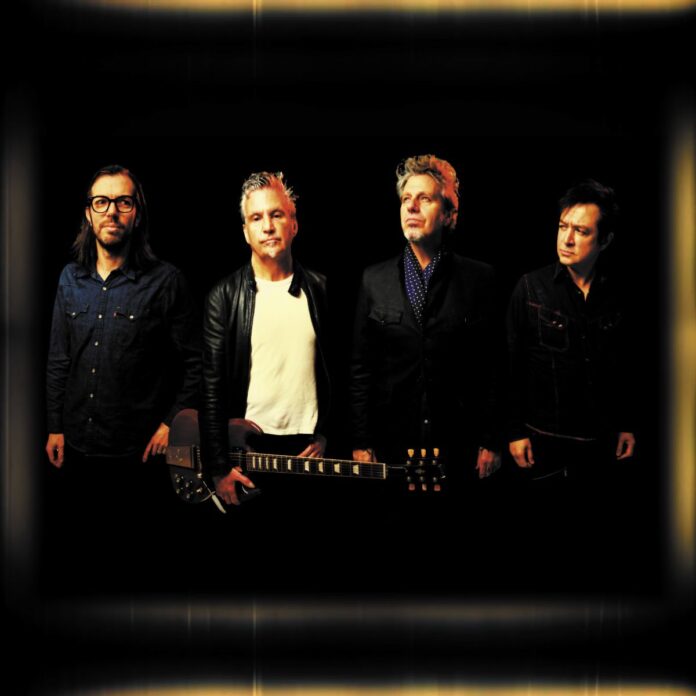 Slip on your go-go swamp boots for Shaker, the electrifying lead track from The Silversound‘s imminent debut album.

Erupting like an overdriven lava lamp at the hyperventilating end of a blossoming psychedelic trip, Shaker is an ecstatic top-down monster truck groove with fast funk propulsion and a soul-tinted female chorus that wraps your head in silk and feathers and sets your mind and body spinning.

“I was reading a book on ecstatic religious sects — Cuban Santeria, Haitian voodoo, the Shakers in America,” explains The Silversound singer Andrew Tanner. “I found the whole thing fascinating, especially the fact that many were matriarchal in nature, where a woman would be the central leader and spiritual guide…”

“The song kind of extrapolates from there: an ecstatic journey into the mystic.”

Shaker is the first leap into the elated Silversound vortex spun by Andrew and his intrepid musical compadres Shane O’Mara, Leroy Cope and Stu Thomas: a darkly euphoric escape forged during one of the world’s most arduous pandemic lockdowns in Melbourne, Australia.

A slithering juggernaut of gurgling guitars and dreamscape lyrics bubbling from Melbourne’s dark underground, The Silversound is a deep psychedelic trip in the melody-rich tradition of rock’s golden age of discovery. Phased and funky, fuzzed-up and freaked out, the road-hardened quartet of Australian fringe identities forged their first sojourn during one of the longest, hardest lockdowns on the planet, smuggling hope and tenderness from the gloom; soaring sitars and sky bound propulsion from the depths of pandemic static. From beefy boogie to rainwater jangle, loopy acoustic echoes to woolly overdrive, The Silversound’s aquaplaning guitars and cyclical grooves will turn your dull grey matter inside out and your 21st century blues to every damn colour under the Fat Old Sun.

The Silversound are Shane O’Mara, Andrew Tanner, Stu Thomas and Leroy Cope. Between them, they have been involved with the icons of the Australian music scene; from Paul Kelly to Rebecca’s Empire, Kim Salmon to Dave Graney, Tim Rogers to Lisa Miller, toured the world and recorded a plethora of albums over the last three decades. Shane O’Mara, maestro guitarist, has played/recorded with Paul Kelly, Tim Rogers, Lisa Miller, Rob Snarski, Chris Wilson and many more. Andrew Tanner (vocals, guitar) is a founding member of Seven Stories and with Leroy Cope (drums) key member of psyche band Sand Pebbles and The Woodland Hunters. Multi-instrumentalist Stu Thomas (bass) is a member of Kim Salmon and the Surrealists, Dave Graney & the Mistly, and he fronts his voodoo surf band The Stu Thomas Paradox. All masters of their craft, they coalesce in The Silversound.