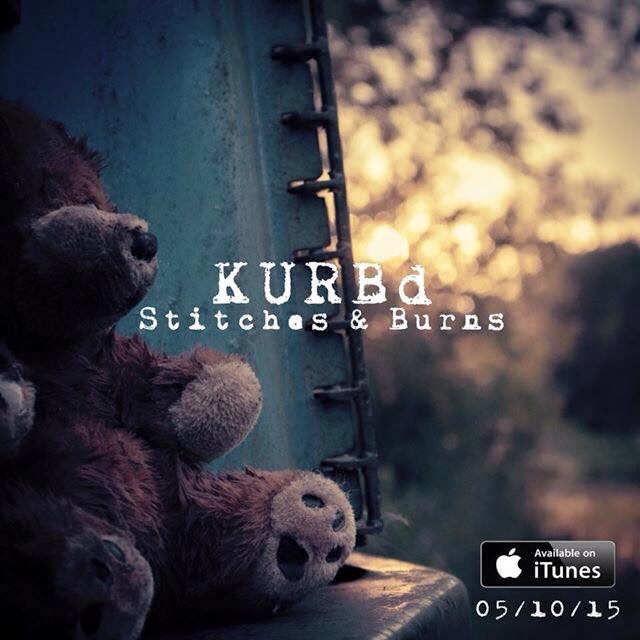 Self-released rock from the South Coast

There’s a lot to like about KURBd. They showed that on their first EP, which, fact fans was one of the first things we reviewed on this very site. Amongst the reasons are that there’s three of em, and three piece bands are always cool, and they don’t like taking themselves too seriously. So their Facebook bio reckons they are from Iceland, while their Twitter one reckons Paris. MVM, however is pretty good at geography, so we know Andover, well, it’s not quite south enough for France and it ain’t quite North enough for Reykjavik.

For this, their second EP, Richie, Lee and Dave have added one more track than their debut one had, making it a quartet, but they still, they aren’t like normal bands. Not least because there’s two of them singing. And not since the mighty Honeycrack way back in the mid-90’s somewhere, has a band combined singers quite this well. Furthermore there’s a wonderful rawness about things – the guys, with typical self-depreciation, claim it’s because they can’t afford to stay in the studio long.

Whatever, it permeates “Stitches And Burns” from the off. It’s title track begins with a grungy feel, with the whole loud-quiet-loud thing, but it’s infused with an ear for melody. On the other hand “Plastic” is more eerie and less straightforward. There’s a discordant pattern to the drums and the affect is a very interesting, dark song – Killing Joke meets Tool if you will. There’s nothing much conventional here.

By now, the boys are fully into their stride and with only themselves to please, they set about doing just that. “Always” is a song that seems to have an issue with restraining itself, and you sense it wants to cut loose at any moment, before being forced to brood in its own misery.

They do, however, save the best for last, and the strangely named “0486-88” is an ambitious piece of work that meanders into all sorts of places for a look around, and after a rather understated interlude in the middle, it lets it’s hair down in glorious fashion and it’s closing thunderous riff is the bands present to themselves.

Too often bands claim to be different and end up being the same generic stuff as hundreds of others. Not KURBd, they really do what they say they’ll do and make original noise – and on “Stitches And Burns” they do it very well.