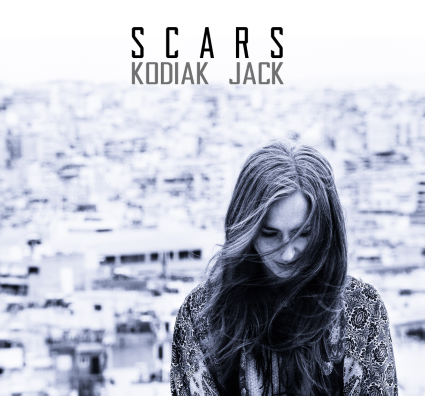 Portsmouth’s finest show just how good they can be

Yes, we know the music industry has changed, everyone does. But look for a second at the humble single. There were halcyon days back in the late 1990s when all your favourite bands were releasing singles with extra tracks on. Some it has to be said, were better than the a-sides. Then the internet happened. And no one bought singles any more.

So now bands stick out EP’s of four tracks in length? Behave! The Wildhearts used to sort that out before the second pint of the day. Of Jack Daniels and by 8am, obviously.

Which brings us to this. The new, let’s call it an EP, from Portsmouth’s Kodiak Jack. You could argue that this is merely a single, but we’ll let them off for two reasons: 1) all the four songs here are new. And 2) (by far more important) it’s absolutely marvellous.

Last year, MVM saw KJ live, and liked them so much we purchased their album “Alhambra.” That was good and all, but “Scars” makes it look like they were having a practice.

“Scars,” bluntly, is absolutely knockout. It kicks off with “Only The Good” which takes a look at Velvet Revolver circa their debut record and seemingly says: “Cheers Slash, we’ll take it from here.” A rollicking good riff, an urgency and a magnificent chorus, you’d think that nothing could match it. You’d be wrong.

It’s title track does. Those who remember Wilt (and by crikey those boys could smash out a b-side back in the day) will smile with acknowledgment at the angular verse wrapped up in a melody that many would kill for.

“Sirens” is just a brilliant hard rock song, there’s a throbbing here, it crackles with all the good stuff, there’s the odd Three Colours Red-ism and it kicks the door down in fine style. “All I Want” on the other hand, thinks that grandiose is the way to go. A ballad that would shame Soundgarden at their most widescreen.

So is an EP an EP or is it a good old fashioned single? That’s a debate for another day. Whatever it is, Scars nails it.