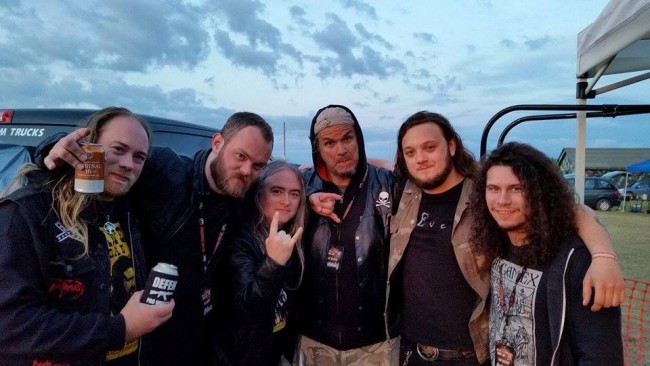 With a new album and a tour in the works, now seems like a good time to celebrate Aggression

Formed in 1985 under the original moniker “Asylum” to be later changed to AGGRESSION, the speed metallers unleashed their 1986 demo “Forgotten Skeleton”, (which saw an album release in 2005) and their debut full length “The Full Treatment” in 1987, which lead them to become one of the most popular bands to rise out of the Quebec and Canadian metal scene.

With their manager at the time (Johnny Hart), AGGRESSION quickly became a household name with their concerts sold out everywhere and a fanbase that grew from hundreds to thousands in no time.  Other bands such as Metallica, Slayer, Exodus, Hallow’s Eve, Destruction and others all wanted to see the beast for themselves during tour stops in Montreal. Playing numerous concerts with bands such as Anvil, Celtic Frost, Voïvod, Nuclear Assault, Agnostic Front, D.R.I., Possessed, Dark Angel, Crumbsuckers, Sacrifice and others, AGGRESSION decided to call it quits in 1989 due to external influences.

For more info on Aggression, please visit the following links: