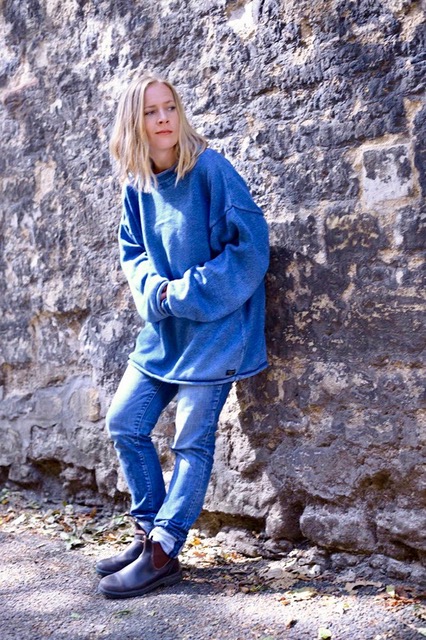 British Columbia native Miriam Jones returns with a brand new single Room In My House, on April 1, 2022, the first track from her forthcoming electric guitar-driven album Reach For The Morning due for release June 17th, and available to pre-order from this Friday, April 1st. The album launch takes place at the Green Note on July 5th (full details below).

LISTEN TO THE SINGLE ON SPOTIFY HERE:

When talking about the new single, Jones explains;

Around the time I began latching on to my electric guitar, rooting around in some old spirituals, my husband Jez and I moved to London for a new job and spent several weeks looking for an affordable place to live.
Inexplicably, we ended up in an extraordinary Victorian terrace near the Thames with 3 floors and glorious windows. Our first day in the place I lay down on the bed and cried with amazement, gratitude and immense relief. I hadn’t realised how much my spirit had been quietly bracing for the loss of space and privacy which I assumed this move to the big city would require—and here was this gift.

It was a short leap in my imagination from that feeling of space which had been created for me, to thinking about what it means to let ourselves be shaped in ways that make room for people – people who may be hard to love, even our ‘enemies’. What good is it to live in comfort if we are inhospitable with our lives?

Room In My House is the first taste of new music since Miriam’s well received album Between Green and Gone, produced by Simon Edwards and released in 2015. The album brought her to the attention of the national media and gained support from BBC Radio 2’s Bob Harris show, BBC Scotland as well as BBC London’s Robert Elms, whilst also being featured in The Independent On Sunday, to name a few.

The new album Reach For The Morning features twelve songs of faith, hope and self- revelation, and was very much the product of lockdown strictures. The album was recorded in Miriam’s pop-up home basement studio in Canada, over the course of 2020 and 2021 with Jones producing and playing all of the instruments herself, bar a handful of percussion overdubs.

Released June 17 in three formats, Reach For The Morning contains seven brand new self-written tunes plus three covers (a startling reframing of Dylan’s “Lord Protect My Child”, Purcell’s iconic “When I Am Laid In Earth” and Lionel Bart’s “Who Will Buy?”) on top of radical makeovers of two songs of praise from the hymnal canon. The album will be available to pre-order from Bandcamp this Friday.

“Maybe it was the lockdowns, the oppressive forces of all kinds bearing down, or maybe it was simply within the natural flow of where I was at in myself, but I sure was hell bent on making this thing. It’s been a huge accomplishment personally to me, like slaying a Giant with a sling and 5 smooth stones” MIRIAM JONES