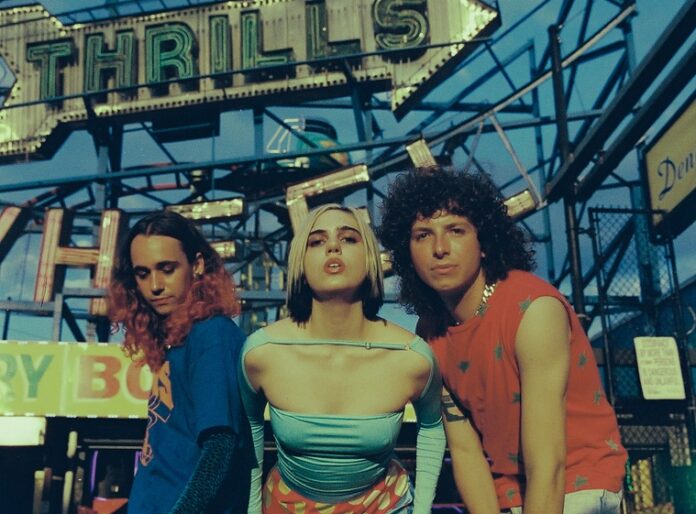 Julia explains, “I’ve always thought that my reckless side was both a gift and a curse, leading me to my best choices on stage but my worst choices in life. I don‘t have control sometimes is admission, acceptance, and almost celebration of the parts of yourself that are impulsive or maybe even insane.”

Listen to the single HERE.

Sunflower Bean are known for their singular live performances, which has seen them perform at major festivals like Glastonbury, Governors Ball, Bonnaroo, Lollapalooza, Reading & Leeds, and tour with the likes of Beck, Cage the Elephant, Interpol, Courtney Barnett, The Pixies, The Kills, DIIV, Courtney Barnett, and Wolf Alice, and even open for Bernie Sanders during his primary campaign rallies. Now, the band are currently on the road for their massive Spring tour in support of Headful of Sugar. See below to find a show near you and get your tickets HERE.