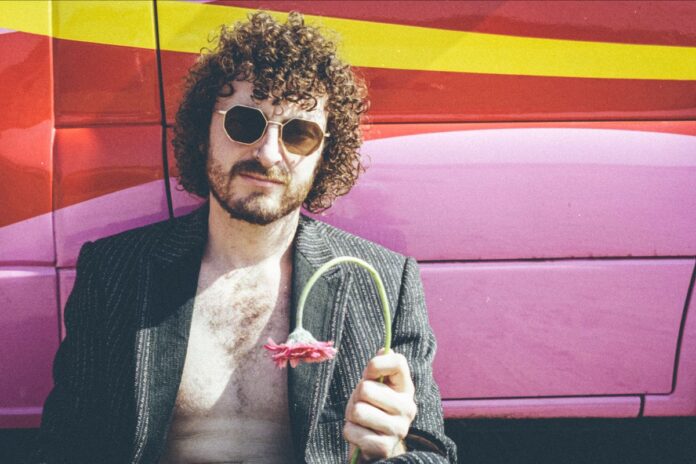 Commenting on the track, William said: “‘The Lost Touch is the inevitable conversation an artist has to have with themselves. “Am I past my best, have all my best ideas been and gone, have I lost the touch.”, It’s easy to answer yes and give up. This song is an ode to all the friends and artists who didn’t pursue the dream quite far enough and a lament for all the great music that has gone unwritten because of it. It’s also just a fun little track that I hope people can get down to if they are in the mood.”

Alongside the new single, William K.Z has announced he will take to the road throughout April supporting Misty’s Big Adventure in the UK:

Blending elements of jazz, afro-beat, hip hop, indie rock, classical composition and psych, the new album processes the emotional upheaval of the post-university slump and sonically calls to mind the conceptual opuses of Prince‘s Purple Rain, The Beatles‘ Sgt Pepper’s… and Pink Floyd‘s The Wall, with a twist The Shins, some 21st century production style and a hefty dollop of irreverence.

Coming face to face with the potential of an uninspiring life and the breaking off of a long-term romance, Post Coital Jazz was penned at a pivotal moment of change in the songwriter’s life.

“After a year of planning and rehearsing for a tour of my opera ‘Growth of the Silk’ I was pretty exhausted, and COVID and its isolation came as a welcome break,” explains William of the formative period. “However, at the time quarantine happened, I was alone in a house in Dorset. It was in this house that I would spend 30 days of solitude, collecting old songs, going through a long-term relationship break up, finding my love for alcohol again, and completing Post Coital Jazz.”

Graduating from The Royal Northern College of Music with an honours degree in composition in 2018, the Manchester-based musician became intensely interested in musical theatre whilst studying at the conservatoria. Leading to the creation of his first staged work A.O.L (2016) and then his graduation portfolio production Growth of the Silk (2019), the latter was programmed as part of London’s Tête à Tête Opera Festival. In addition to his theatrical work, William has been commissioned to compose work for The British Library, CoMA, VideoJam, Psappha Ensemble.

Since forming at the RNCM, William’s band Bethlehem Casuals have also achieved considerable success both commercially and on the live circuit. Playing a dexterous, sunny, party band clatter—an overspilling box of afro-beat, ska, and jazz being carried down the stairs with clumsy aplomb—many of those sprawling influences now tip over into his solo work.

The Casuals have performed live at Glastonbury Festival as well as Latitude, BlueDot, Manchester Jazz, and several other international festivals. 2019 saw the release of their debut album Feels on Wheels and a supporting live performance for Marc Riley on BBC6Music. Most recently, Bethlehem Casuals released their 2020 follow up album The Tragedy of Street Dog, a children’s-book-styled concept album, to rave reviews.

Further details of K.Z.’s new album will follow over the coming months.