RAGE AGAINST THE MACHINE GUN 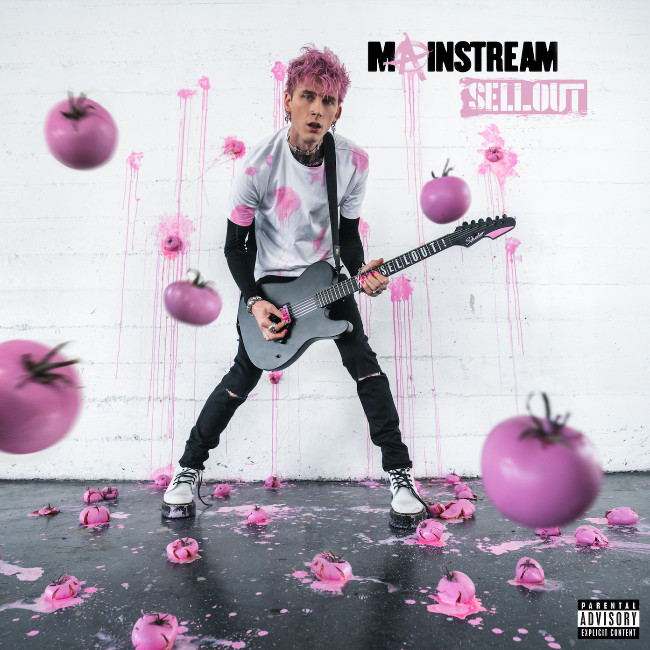 Following the mega announcement of Machine Gun Kelly’s (Bad Boy / Interscope Records) sixth studio album, mainstream sellout, which includes the tracklist and official digital album artwork, MGK looks to treat fans once more with the release of the full record “maybe” feat. Bring Me The Horizon. In addition when fans pre-order the album they’ll receive the song. Previously teased earlier this month at Emo Nite in Los Angeles, MGK and Bring The Horizon prove to be the ultimate pairing on the rock-laden record. Along with the release of the new record, MGK releases a small clip to build anticipation for the forthcoming music video. Watch HERE.

Released as BBC Radio 1 Hottest Record in the World, “maybe” puts MGK a step closer to releasing his March 25th effort, which will also feature Young Thug, Gunna, blackbear, and more. MGK’s “maybe” collaboration with Bring Me The Horizon also features an interview between the rock superstar and the group’s frontman Oli Sykes. UK quintet Bring Me The Horizon has bloomed into Grammy and BRIT contenders with their nominations and earlier this year, they partnered up with Ed Sheeran for an electrifying performance of “Bad Habits” at the 2022 BRITs, which spawned the studio version in February.

Over the weekend, the dynamo took over the trendy supper club Delilah in West Hollywood for a track reveal befitting of a music and fashion mogul: He donned 16 different custom Dolce & Gabbana shirts that each bore the name of a song on the album, which will be released on March 25.

The new announcements add excitement to an album cycle already off to a blistering start thanks to MGK’s current hit collaborations with WILLOW and Lil Wayne. “emo girl,” with genre-bending dynamic force WILLOW has already soared above 40 million streams and raced inside the top 25 of Billboard‘s Alternative Airplay chart. “ay!,” featuring rap legend Lil Wayne, passed 11 million streams in its first week alone thanks to its visually captivating music video, in which MGK and his crew cycle through a parade of costumes that demonstrate his natural flair and rockstar lifestyle. Watch it HERE. Plus, the unique artwork for mainstream sellout‘s digital configurations highlights the precision that MGK gives to curating each body of work.

Previous article
JUST A TOUCH
Next article
LESS IS MORE