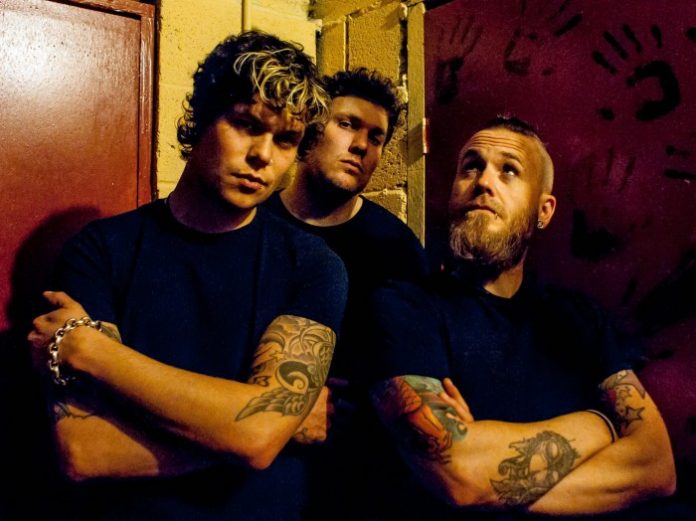 As an opportunity to deeply thank their fans and supporters, Monster Jaw have released their final single ‘Why?’ as a free download.  Described by the band as their most ‘emotive’ track to date – ‘Why?’ brings in guest vocals from long term Monster Jaw supporters Justin Sullivan (New Model Army) and internationally renowned poet Joolz Denby. Staying loyal to their DIY ethics of exploring lo-fi studio production, front-man Mik Davis takes on the tracks producer duties with mastering left in the capable hands of the bands long term collaborator – Wes Maebe (Libertines, Robert Plant)

Monster Jaw’s front-man Mik Davis comments .. ‘It’s been a wild three years for Monster Jaw – we’ve achieved many great things together, but most importantly stuck together through some tough times and stayed friends. We wanted to end things properly, so we decided to record our final single ‘Why?’ as an epitaph for our short time together. It’s been a chance for us musically to re-visit our roots and channel some of our anger and frustration at the world around us. If we’re only ever remembered for one track – then we’d like it to be this one’.