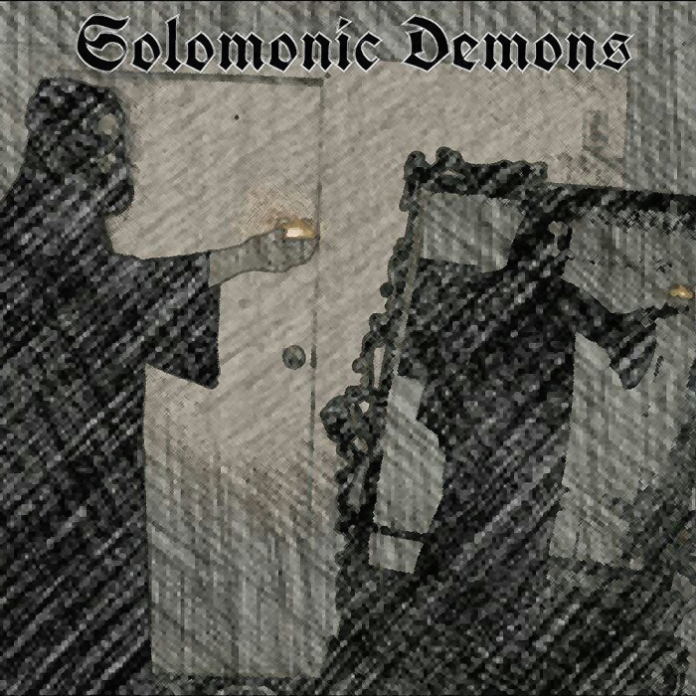 Where extreme music and magic mix

Solomonic Demons is a unique metal entity formed by the idealist artist Erick Carillo in 2008. The name comes from Lesser Key of Solomon. The idea of Solomonic Demons is to fuse Extreme Music with the magical conjurations described on this grimoire Books. The idea started as a Heavy Metal project and evolved through time until it became a Melodic Death Metal conjuration in 2015. During the seven years of formation the project came with one demo on 2008 called 72 demons, an Ep in 2013 denominated The Gate of Goetia and one single in 2014 called Sense of Evil. None of these releases were satisfactory for Erick Carrillo so in August of 2015 Firestorm the Debut album of Solomonic Demons came out divided in two sides; namely the “Conjuration” side and the “Evil” side.

The project is releasing Firestorm as its debut full-length collaboration with London based Merdumgiriz Records. This album is an extremely original and powerful addition to the mental asylum museum of Merdümgiriz releases with its unmistakibly powerful and inhumanly technical perfection. The production is of the highest standard and so powerful that it gives way for the peculiar distortion, sharp thundering drums and vocals that are at once, inhumanly high and low to reign as if violins in a concert hall over cellos, double bass and Wagnerian drums. Much like the best works of gnostic melodic death/black metal legends, it takes guitar, bass, drums and vocals to create an extreme metal orchestra of spiritual journey. The music and composition is so soulful and calculated. You listen to a technical death metal album all of which is coming direct from the soul of an artist who is a master of his craft. There is such a sense of obscurity and evil throughout the thrashy melodies and solos that one feels convinced that there is some deity lurking in the world that make him make these compositions. Effortless in its delivery of extreme metal expression, it connects old and new schools of melodic heavy and death metal in such knowledge and utter passion that you feel like you are listening to a classic, while only this album is just released… Not only that, but this album is also unlike any other, original and jam packed with ideas and most importantly irrevocable wrath! All in all, words are short to describe 9 swords made of the hardest metal to wield by a smith able to deliver the deadliest weapons in the arsenal of extremity. This is a day of victory for Merdümgiriz and extreme metal art.

As with his work on all Merdumgiriz releases, each Firestorm CD and Tape is handmade by Emir Togrul (YAYLA, ViRANESiR, BLLiiGGHHTTED); who sprays the discs, cuts and inserts the prints for the jewel case, hand-paints the t-shirts and patches and pretty much makes everything from scratch. 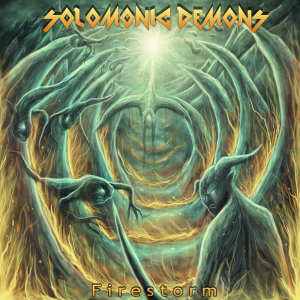