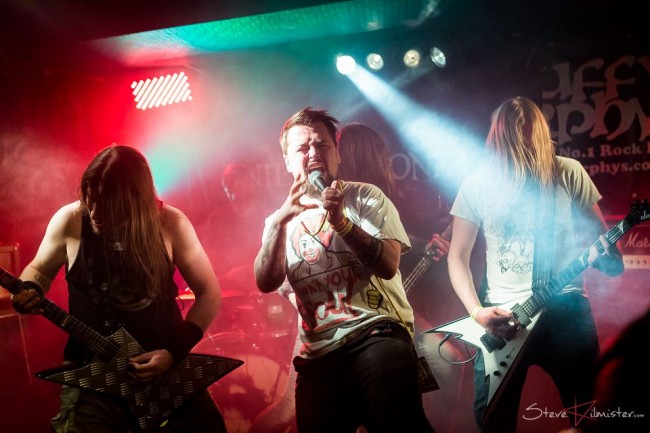 Hitting the road hard in 2013, Internal Conflict were receiving plaudits for their “brutal and theatrical” live shows, before winning their Metal 2 the Masses event which brought them to the Bloodstock new blood stage.

Internal Conflict have been able to share the stage with bands such as Biohazard, Beholder, Balls deep and Line of Fire. The band were honoured to play the very last Headbangers Balls show, sharing the stage with none other than the mighty Onslaught.

Having just completed a very successful co-headlining tour of the UK with Ballsdeep, Internal Conflict are now preparing for the release of their new album ‘The Rising Tide’, which is out on July 24th.