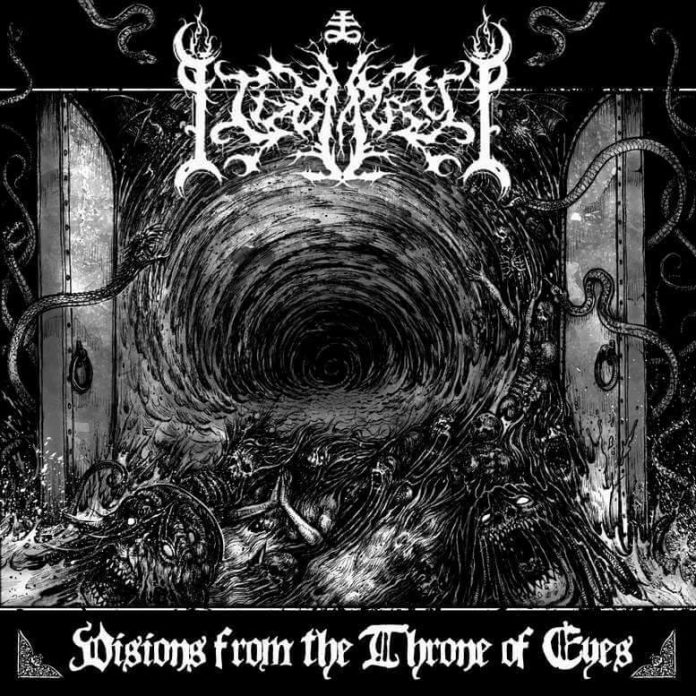 Canadian Atheistic Satanic quintet Idolatry are about to release their debut full length, “Visions From The Throne Of Eyes” at the end of March, 2016 in CD format (LP version will be out in May, 2016) via Humanity’s Plague Productions.

The blasphemous entity from Edmonton has already become an important figure in both local and international black metal scene with their self titled EP, Split with Unrest (US Black Metal) and some chaotic live performances. Last year, during their Cross-Canada tour, the band had a vicious crash (that cracked the ribs of their vocalist) but it could not stop the black metal voyage of the band.