How Can We Sleep When The Fields Are Burning? 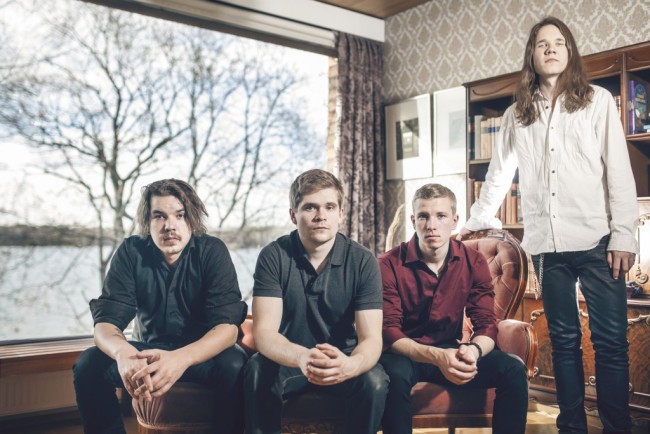 Cold Heat is all about contrasts; the diverse musical content provides a solid platform, upon which temperatures, colours and moods get mixed. A blend of hefty grooves, deep atmospheres, dynamic progressions and eclectic arrangements stems from the band members’ broad musical spectrum.

Cold Heat was recorded and mixed by the trusted collaborator Eero Kaukomies at Sonic Pump Studios and Content Union Studios in Helsinki. Yet again Arttu Vauhkonen, the keyboard maestro of the melodic metal stars Arion, makes a special guest appearance, cooking juicy keyboard sounds to the mixture. The killing cover art was created by Petri Lampela.

Burntfield started in late 2012. Organic Waves, Burntfield’s first EP was released in November 2013, and in September 2014,the band released an online single Let It Die Away. Towards the end of the year, guitarist-singer Ville Repo decided to step aside from Burntfield, and played his last show with the band in December 2014. A new member was found without delay when guitarist-singer Valtteri Seppänen joined Burntfield, while the story carries on…

Since 2013, Burntfield have played +/-30 shows in Finland, drawing audiences of 50-100, and are looking for opportunities and contacts in other cities and countries as well. The band is interested in cooperation regarding future recordings, live shows, bookings and promotion.

Previous article
With Bel’s On
Next article
Ready To Burst!