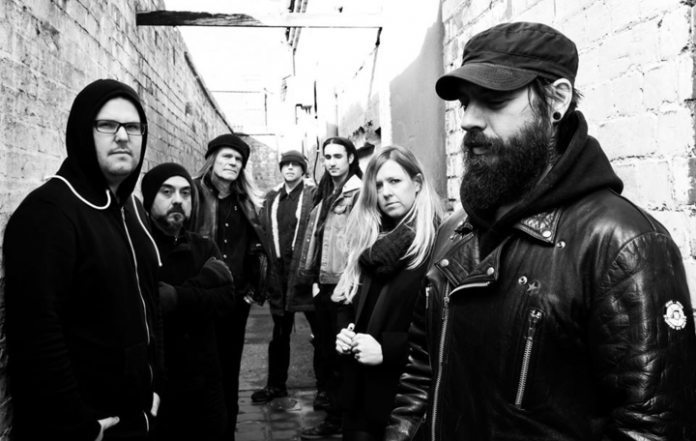 The time is right for CBP to finally release a recording made up of cover versions.

New EP “Horrific Honorifics” is an unashamed celebration of songs that have either influenced Justin Greaves and CBP in music and life, or have been on the “cover song short list” for quite some time, waiting to be recorded once the opportunity arose.

Throughout the history of the band there have always been the occasional cover songs, but mostly consigned to the extra-or-hidden-track department, although a couple of songs made it onto albums such as “Of A Lifetime” on I,Vigilante, and most recently “Turn To Stone” on the critically acclaimed album BRONZE, which were instant hits and popular live songs. Now it’s time to dedicate a whole release to this CBP tradition.

Greaves says about the recording – “These songs are ones i have wanted to record for some time, ones where i feel a connection, and ones where i just simply want to have a go at doing our own version out of respect for a good tune. Songs like “False Spring”, “In Bad Dreams” and “The Faith Healer” have been constant companions in my music listening, and when i listen i could kinda hear CBP doing a half-decent attempt on them. Other songs on this recording mean a lot more to me, like “Victory”, “Will-O-The-Wisp” and “The Golden Boy Swallowed By The Sea”, they are songs that hit a little deeper into my emotions for various reasons. So I’m really glad to be able to do these covers finally, some are quite faithful to the original, and a couple are more transformed into the CBP way of things, but they’re all done out of respect”.

Here we have a teaser track from the upcoming release “Horrific Honorifics”…. Released on 01/07/2017 A.D.  False Spring – A cover song originally recorded by Arbouretum.
Pre-sales for the CD are up now, the digital will be available on the release date, and vinyl will follow once we shift some copies! Get your order in quickest and impress your friends!  Available from Artists Musicians Outlaws here: https://amorecordings.wixsite.com/am…/crippled-black-phoenix
For now… play this song and spread the word! This is a DIY release! So share share share!
Maximum volume yields maximum results….  https://riseupandfight.bandcamp.com/track/false-spring