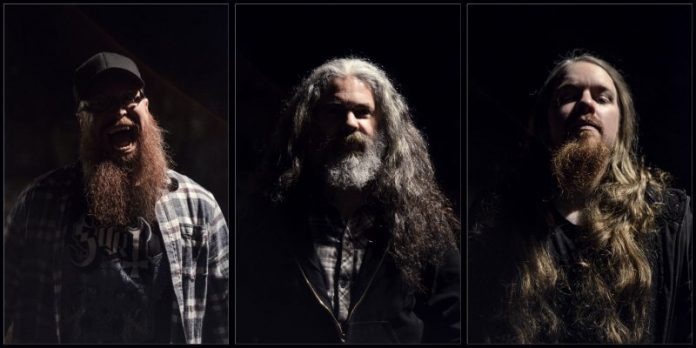 Temple Of Lies release their third, and strongest to date, new album ‘The Serial Killer Suite‘ on 1st July via Attic Records.

‘The Serial Killer Suite’ is an album that will make quite an impact for Temple Of Lies, their third full length release and their finest to date, it melds together huge riffs, pounding beats and some seriously great tunes it sees the band taking another step up.

Their second single from this album ‘SKIN’ is a monster of a track, dark and delicious with chunky, mauling riffs hammering down over a seriously heavy groove and Si Shaw’s gravel laden vox. The video gives the track a serious twist as alongside the lyrical darkness, it adds a certain amount of sauciness & bare assed cheek. Literally.

Quote from the band on the new album:
“While waiting for the production to be returned from our previous recording, FROM SAND, we ended up writing a new 12 track concept album and doing all the preproduction in our studio. It started out as an EP called ‘Empty House’ and after churning out around 25 complete songs we whittled it down to twelve, some of those materialising from earlier ideas. The song Empty House didn’t make the final recording this time but there may be another EP on the way in the not too distant future.
The lyrics for the new album THE SERIAL KILLER SUITE came gradually and relate to our own life experiences over the last 18 months or so and the title was chosen about half way through that stage. We wanted to deliver a heavier, darker album this time, while still keeping the TOL groove and bounce, mixing metal with stoner rock themes. The metaphorical lyrics are designed to work on different levels and are deliberately left open to interpretation by the listener. This TOL album is riff heavy and full of hooks, every song stands up on it’s own and together the listener is taken on a sonic journey. The album cover artwork again by Alan O’Neill is titled ‘Layers of the Soul’ and is designed to reflect the lyrical themes.
We will be playing the new album in it’s entirety at the launch party at Firebug, Leicester, on July 1st 2017 and look forward to taking it out on the road this summer. We are excited to announce the newest arrival to the band, Jags, on bass who will add a new dimension to the bottom end making the live performance heavier and tighter than ever.” 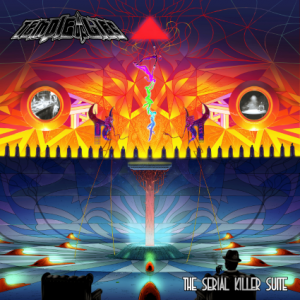 Midlands based Temple Of Lies first came to light in 2010, honing their skills on the road and blitzing venues up and down the country with their brutal sound. Overcoming a couple of line up changes early on in the band’s existence, they’ve now consolidated their hugely talented line up and took the decision to rework a few of the tracks from their debut album ‘Monumental’ and put them onto ‘From Sand’, released on Attic Records in 2016, to reflect the far heavier, more mature sound they now have. Third album ‘The Serial Killer Suite’ is set for release on 1st July 2017 and will see the band take another huge step forward.

The band’s highly energetic live show delivers both musically and visually, entertaining audiences wherever they play and they are first and foremost a live band at heart, always will be. Temple Of Lies have recently supported the likes of XII Boar, Kyrbgrinder, Stormbringer, One Machine and their profile is growing fast.