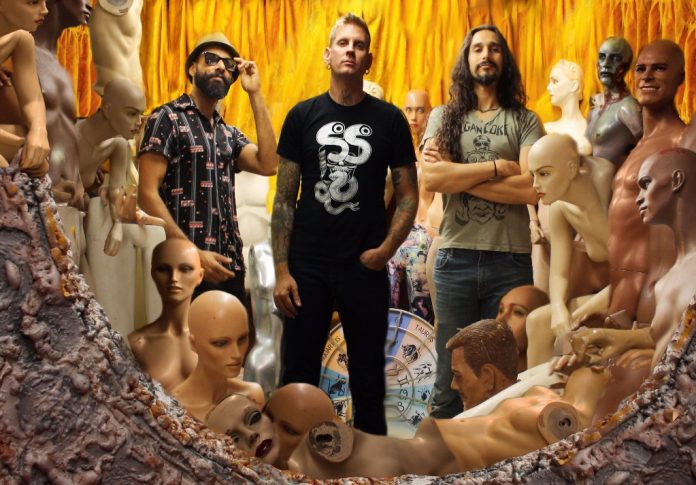 Less than two weeks remain until cosmic synth/psych collective ARCADEA unleashes their mind-bending album, and in anticipation, the band has partnered today with Loudwire.com to premiere a new song titled “Magnificent Facade.” The track is found on the band’s debut, self-titled record that will be released June 16th on Relapse Records.

“A dark planet soon finds its way into a dying solar system. Feeding on the disaffected moons of cold planets, it grows stronger. Driven by an intergalactic being at its core, it works out its dark machinations to challenge the sun, gravity and time itself.” – Core Atoms on the celestial story behind “Magnificent Facade”

“Magnificent Facade” is the latest chapter in the band’s epic space opera that foretells stories of space travel and celestial battles 5 billion years in the future where galaxies have collided, leaving catastrophic disorder in its wake as war is waged among gods and planets.

Additionally, watch the mind-tripping new video, directed by Core Atoms (keys/vocals/samples), for “Army Of Electrons” at this location.

June 16th will see the worldwide release of ARCADEA’s self-titled debut album on CD/LP/Digital. Physical bundles are available for pre-order via Relapse HERE and digital downloads via Bandcamp HERE.