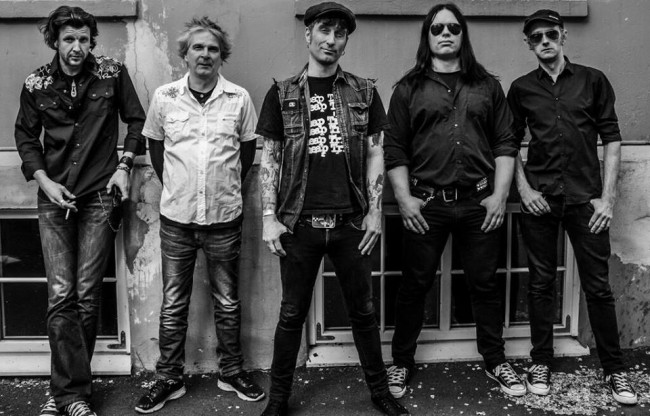 Remember Trashcan Darlings? So do we, now their singer is back

Norway’s melodic punks, Hard Luck Street have just released their debut record.  The album is called Mosaics -Exile on Hard Luck Street and was released digitally on the 01st of August. A vinyl version will be released in Germany later this year.

The band was formed after Trashcan Darlings broke up in 2008, and the singer Mr. Strange Gentle started writing songs with guitarist DaveE. Mr. Strange? Gentle came up with the name Hard Luck Street. The first line up was completed by Åsmund Stensløkken on guitar, The Gambler on bass and Seppo Stegell on drums. Hard Luck Street’s sound combines punk, classic rock ‘n’ roll, folk and heavy metal. They soon gained a reputation as an energetic live act.

In 2011, the band released their debut single ‘Valley Of Fear’ which was recorded at Urban Sound studio and produced by Jock Loveband who previously has worked with artists such as The Stranglers, David Gilmour and Madrugada. Drummer Seppo left the band prior to the release and was replaced by Morphine.

Hard Luck Street started played lots of concerts in 2011, including festivals and they also played support for The Boys (U.K.) and The Jim Jones Revue (U.K.).

In December they released the follow-up six song EP, ‘On The Run To Maybeland’ which was recorded at Laidback Studios By Jørgen Granholt-Henriksen, and included a guest appearance by Petter Pogo on Hammond organ. 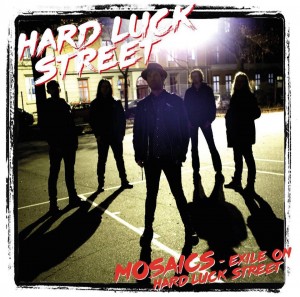 The band toured the E.P. through 2012, playing gigs in England and Norway. They also did a small tour with The Boys (U.K.) In the fall bass player The Gambler was replaced by Batmats.

In February 2013 they went on tour in Germany. Then in the summer Hard Luck Street started working on their debut album. In September they recorded the first five or six songs at Laidback Studios. Mr. Strange? Gentle and DaveE wrote several new songs for the album. In October Åsmund Stensløkken decided to leave the band. He was replaced by Herr Henriksen. The band kept writing and rehearsing songs for the album. They also recorded a track for an upcoming tribute album to the Norwegian boogie legends The Backstreet Girls. Batmats left Hard Luck Street in the spring of 2014, and was eventually replaced by Tore Kneppen.

In July 2014 Hard Luck Street revealed from their Facebook page that they had finally entered the studio to record 20 songs for a double album.