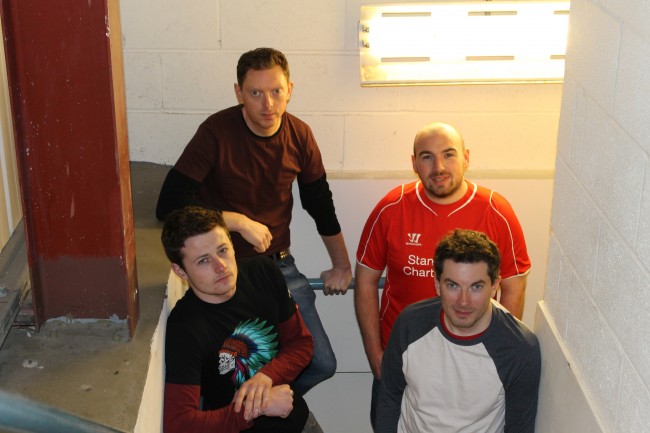 Liverpool punks who love sci-fi, punk, gaming and tea, release their debut. And they’ve got their own robot

Meet The Robots are a punk rock band based near Liverpool, UK, formed in 2013 by brothers Si and Matt Webster. After years of playing in separate bands they finally came together to write the album they’d always talked about. Obsessed with science fiction, computers, Punk Rock and tea they decided to fuse these elements and tell the universal stories of love, friendship, robotics and the struggles of being human.

All with good helpings of distorted guitars, fast melodic bass lines, and insane drums devised by a robotic guru!

Meet The Robots take their main inspiration from punk bands like Descendents, Less Than Jake, Green Day, The Offspring, Blink 182, The Ataris and NOFX, although their tastes often delve into the far reaches of Pop, Grunge, Metal and 8-bit Chiptune.

The bottom line for them is, “Good music is good music.” After the completion of the album, “Heartaches and Tea Breaks,” guitarist Stigo Morgan and drummer Scott Gartland joined the band to complete the four-piece line-up. The band are preparing to play a number of UK dates in 2015.

Their first album, “Heartaches and Tea Breaks,” is about giving up and falling down, relationships that almost made it, and a robot called R0b3rt 500. It was recorded and produced over 18 months in Matt’s loft and Si’s back bedroom outside work and college hours. During recording, 2,538 cups of tea were drunk, Matt overslept 314 times, R0b3rt crashed constantly, and Si didn’t need to tune his bass even once!

It’s a true DIY effort using old gear and dodgy software with a budget of absolute zero. Despite this, they pulled together their years of experience to produce a whole half hour of Heartaches and Tea Breaks!