GOW TO GET GOING 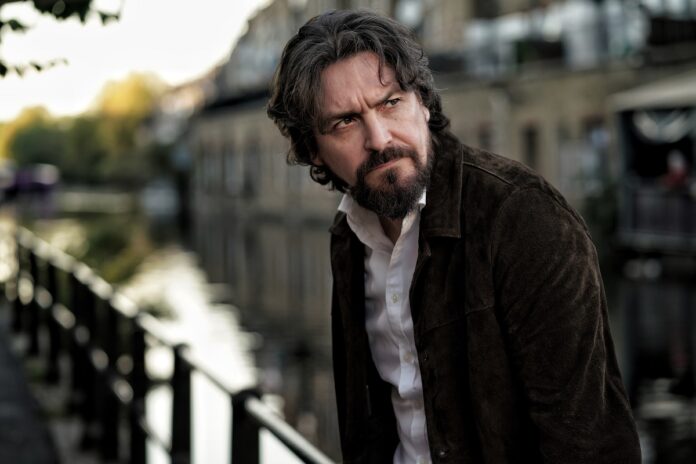 On 1st April Pete Gow releases Where Else Would We Be Going?, the first Single from his third solo album ‘Leo’ (22nd April 2022).

‘Leo’ should have been with us a lot sooner… like pretty much everything else it was put on hold through much of 2020 and early 2021. The basic tracks for most of the songs – drums and guide vocals, guitars – were put down in early February 2020, literally days before the world shut up shop. So, whilst not a lockdown record, it is an album borne of the period; Bennett worked largely alone building up the tracks with nothing but the limits of his own imagination to keep him in check. He let his inner ‘Brian Wilson’ out to such an extent on ‘This City Is A Symphony’ he earned a co- write.

‘Leo’ was performed by Gow (guitars, vocals), Bennett (bass, piano, organ, vocals, strings, horns) and Fin Kenny (drums). It was recorded and mixed by Bennett at Farm Music studios between March and Dec. 2020 and mastered by Tony Poole.

In 2019, Gow’s highly-anticipated solo debut, ‘Here There’s No Sirens’ launched a new era and brought in a wider audience for a songwriter who had been making some of the finest Americana music for over a decade. ‘Sirens’ was nominated for the AMA-UK’s ‘Album of the Year’ award that year….

..but less than a year later, there was another album, 2020’s ‘The Fragile Line’, which together with its predecessor formed the backbone of a tour as sonically ambitious as it was visually stunning. Performed largely in theatres and churches, the band (Gow, Bennett, Kenny with Tristan Tipping) were augmented by a five piece string section, known collectively as ‘The Siren Strings’.

Upcoming concerts in support of ‘Leo’, will see the return of the band, alongside The Siren Strings, but also introduce ‘The Leo Horns’, to more fully realise Bennett’s muscular brass and string arrangements.

Gow is a striking live performer whose concerts have been described as ‘a truly fearsome beast’. He has performed at the prestigious London Palladium and his former band, Case Hardin appeared for three consecutive years at London’s O2 for the C2C Festival.

Case Hardin, one of the UK’s best loved Americana/alt.Country bands, released four critically acclaimed albums – ‘Colours Simple’ (2016), ‘PM’ (2013), ‘Every Dirty Mirror’ (2011), and ‘Some Tunes For Charlie Spencer’ (2007). ‘Colours Simple’ was described as a ‘rock masterclass’ and awarded 4/5 stars by Q magazine. Q also made ‘PM’ its ‘Roots album of the Month’ and it featured on Bob Harris BBC Radio 2 Country Show.