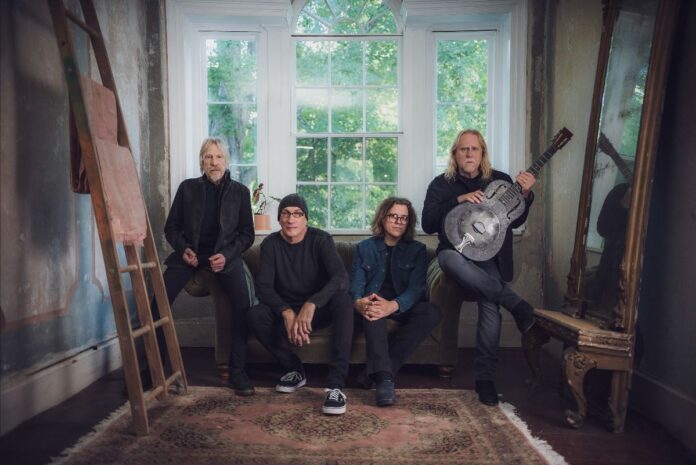 Southern rock icons Gov’t Mule will be releasing their incredible live set of Rollings Stones songs, ‘Stoned Side of the Mule’ on CD and digitally for the first time as well as on transparent blue and transparent red 2LP vinyl. It will be released on 27 May via Provogue / Mascot Label Group.  Listen to their version of “Under My Thumb” here. You can Pre-Order the album here.

The album captures an iconic night at The Tower Theater, Pennsylvania, on 31 October 2009. It followed the tradition of the bands special Halloween night performances. This was the third in the series of shows, paying homage to Messrs Jagger, Richards, Watts, Wyman, Wood and Jones of with a set of over two hours of solely The Rolling Stones covers. Previously, they had played Led Zeppelin and Pink Floyd celebrations.

The album was initially released by Provogue in 2014 on a limited vinyl LP to celebrate the bands 20th anniversary and quickly sold out. But it has now been repressed and available in multiple formats.

On the album, they lovingly and gloriously travel through the Stones catalogue. The quartet’s deep chemistry and steely confidence allow them to tackle any form of music and stamp it their own while remaining true to the spirit and intent of the original. This can be heard any time guitarist-singer Warren Haynes, drummer Matt Abts, bassist Jorgen Carlsson and multi-instrumentalist Danny Louis take the stage, but a series of new live archival releases really drives the point home.

They run through hits such as “Under My Thumb,” “Angie,” “Paint it Black,” and “Wild Horses”, as well as songs such as Bitch,” “Slave,” “Shattered,” “Ventilator Blues”, and more.

The rock torchbearers have an always epic and fearless live performance ethic which means no two Gov’t Mule shows are alike, as the band draws on the more than 300 songs in their repertoire (and often a host of special guests) to create a unique experience each and every time.