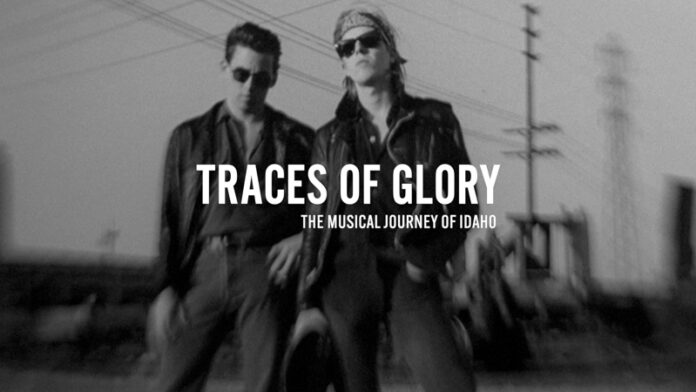 IDAHO Documentary Set For US Premiere At Sound Unseen

Traces Of Glory To Premiere On November 10th

Traces Of Glory, the new documentary about legendary US rockers IDAHO is set for its North American premiere at the Sound Unseen Film Festival in Indianapolis on November 10th 2022, followed by a Q&A with the film’s director Mark Davis, producer Jan Jensen, and IDAHO frontman Jeff Martin.

The trailer can be found here.

Speaking about the film, Davis had this to say:

“The first question we got from our friends when they found out we were driving 2700 miles to California to make a film about a relatively unknown band was, “WHY?” And as Los Angeles finally came into view after six days on the road, we realized we really didn’t have a compelling answer.

But after having played throughout the 90s in a NYC band that really NO ONE had ever heard of, I wondered how a band like IDAHO, who had gotten rave reviews at the time, could just fade away into relative obscurity. That nagging question and my obsessive love for their music, compelled me to jump at the chance to put obscure frontman Jeff Martin’s life into some sort of documentary perspective.”

People can purchase tickets for the screening here.

The year was 1992. And far from the sonic explosion of grunge, Los Angeles was beginning to experience the languid aftershocks of slowcore band IDAHO. Performing to rave reviews, they appeared to be on the cusp of international stardom. Yet 30 years later, their legacy remains known only to a small, but dedicated, cult following. When the band, made up of frontman Jeff Martin and guitarist John K. Berry, tore their way onto the music scene in 1993, everyone who “got it” knew that they were hearing something very special. The band’s visceral debut single ‘Skyscrape’ – all howling guitars and beautiful melancholia – evoked a powerful response yet defied easy categorisation.

For thirty years, the critical acclaim heaped upon IDAHO has been downright effusive. Why, then, has widespread commercial success been so evasive? Martin’s commitment to musical integrity might have something to do with it. “I could write more accessible music,” he says. “But I feel like it wouldn’t be honest.” Turbulent relationships between the two is another possibility. Through home movie footage and intimate interviews, Traces of Glory examines the closer-than-brotherly bond between Martin and Berry, who formed an artistic partnership that veered between creative and destructive.

Traces of Glory attempts to answer why one of the most brilliant bands from the 90s remains relatively obscure by examining the eccentric Martin as he contemplates his past, self-doubt and the fame he was never really after. The film utilises stark black-and-white shots, capturing an almost desert-like Los Angeles landscape; all tangled powerlines, empty doorways, and old abandoned cars to entrench the viewers in the world Martin has created and lived within throughout his life. The result is a film which is as beautiful and uncompromising as the music it celebrates.