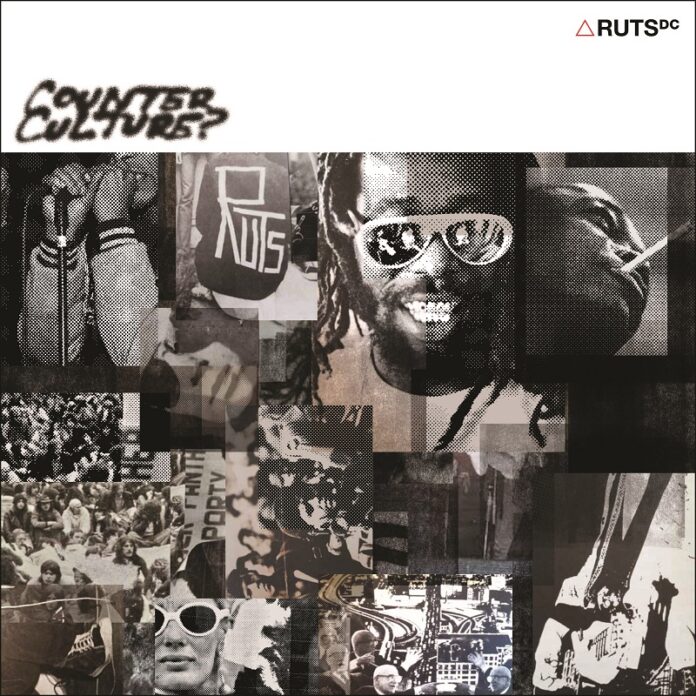 I’m writing this on a perfectly normal Thursday in 2022. That means I’ve just listened to the news on Radio 4 and after the war, the climate crisis and the murdering bastard that is in the Jungle for your edification on national telly, they got onto the real shit stuff.

The police demanding more powers than already have to crush direct action, followed by a trip to a food bank in Northamptonshire, where a poor woman couldn’t afford sanitary products. This must be what they meant by “levelling up”.

Into this step Ruts DC. And to this comes “Counterculture”. Their first album proper since 2016. And it asks a plaintive question at its start: “brothers and sisters, have we come to this?”

And if that makes “Counterculture” sound bleak and nihilistic, then good. Because it is. Because it needs to be. Because 2022 is. And we can all sit and argue to we’re blue in the face about whether this is a punk rock album or not, but ultimately it’s pointless. This is an album that, like punk, is born from it’s circumstances. From its world, so when it reasons, as it reasons on the brilliant opener “Faces In The Sky” “most of you people are fucking clueless…..” that is the album’s point in seven words.

Those that want to be fed banality, need not apply. Those who believe, have some hope that we’ll get through this, we’ve got “Caught In The Killzone”. All alone might be its hook, but we’ve got each other, somewhere in the spiky bleakness, there’s a beauty. There’s a melody, and there’s a warmth on “X Ray Joy”.

John ‘Segs’ Jennings’ delivery is an example of how this band stands apart from its peers. Considered, half spoken, likewise the guitar of Leigh Heggarty doesn’t immediately reveal itself to you, but there’s so much going on here. The angular stuff on “The Question Is….” has a bit of New Model Army in it. The question is unanswered. That’s the point.

“Born Innocent” has the reggae flavour that Ruts D.C always did/do (delete as appropriate). We are born innocent, we are corrupted by society. It’s ever likely that mental health is affected, and that is directly addressed by the title track. One of the heavier and more immediate tracks on here.

And that word, “immediate” is important. Of all the things this album is, its not immediate. It needs a listen or two. It needs, it deserves, more to the point, your time. Your ears. Your brain.

What strikes most about the last few, starting with the chugging “Too Much” is how they lurk before delivering their knockouts almost by stealth. “Poison Games” with its cheery “I’m resigned to hate”, could have been on the recent (and similarly offbeat) Hugh Cornwell record and the dance infused “Sleep” is rather more urban than you’d expect a band of this vintage to be.

The way these songs seep into you almost by osmosis is resolutely impressive. Cards on the table, I’ve been listening to this solidly for about two days at this point. I didn’t especially like it at first, now? The subtle brilliance of “Cyclone” is evident, as is the Ruts DC ability to write a hook. “Pretty Lunatics” swirls along with its psychedelics, and is a case in point: “all in all,” sings “Segs”, “we need you standing tall. All these pretty lunatics don’t matter at all.” And somewhere, from nowhere, you are singing it too. Its in your head, you’re wondering about who he’s talking about. You guess that its the “famous for being famous” blue tick “celebrities”, but whatever, you’re standing tall with the three in Ruts DC.

“Counterculture” is a punk record in as much that it doesn’t care for your expectations. It’s got things to say and it says them, but it sounds fresher than a band that is almost 50 years old might. It’s like this: I saw The Damned last weekend, and it was fun. “We’ve taken a time machine back to 1977” The Captain had said. That’s not for Ruts D.C, 2022 has their full attention.