Get Ready To Killit 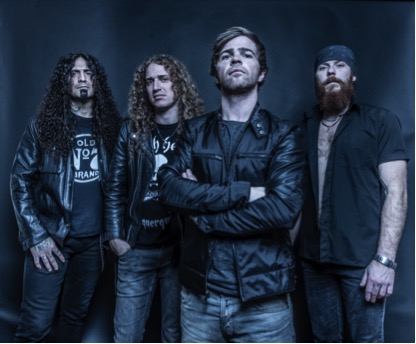 Stellar new one from London mob

‘Take The Power’ is taken from the forthcoming album ‘Shut It Down’ which is set for a self-release on May 6th.  The album was produced by Killit & Phil Kinman/MTR Studios, recorded at Resident Studios and mastered by Ade Emsley of Table Of Tone Mastering.

The band comments: “This album is the best thing each one of us has ever been a part of, we are incredibly proud of it and have all the confidence that it can go far and beyond and pave the for KilliT to get to the ears of each and everyone of the people out there that are looking for an authentic rock band.”

Killit have also announced they will be supporting Black Orchid Empire at London’sBorderline on March 2nd. The show is free entry so please feel free to come down if you can make it and also spread the word about the show.

Killit’s members have extensive experience of touring the live circuit and rocking hard, born from bands which featured current members of Judas Priest and We Are Harlot, the band have begun to prove their worth in the capital playing sold out shows at The Monarch, 12 Bar and Cargo.

Originally hailing from Hungary, Israel, Argentina and Britain, Killit was founded at the beginning of this year and they quickly released their first video for single and album title track ‘Shut It Down’ which has to date racked up close to 100K views.