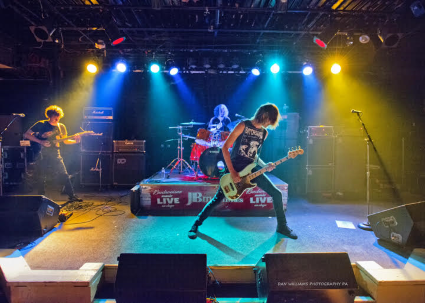 Hard rock gets harder in July

Philadelphia’s hard-hitting power trio ON TOP return with a new EP entitled Topless, set for digital release on July 9 via Toil Records. A release date for the CD version will be announced at a later date.

Toplessis the band’s third offering, one demonstrative of their continuing musical evolution.. Following up the band’s raucous 2014 EP Top to Bottom (HPGD Productions), the new EP features ON TOP’s signature rock/metal blend from heard on the previous two releases multiplied by 10. Topless contains more aggressive, yet dynamic vocals; a broader array of hooks, tastier licks, dynamite drums, and a much fatter production.