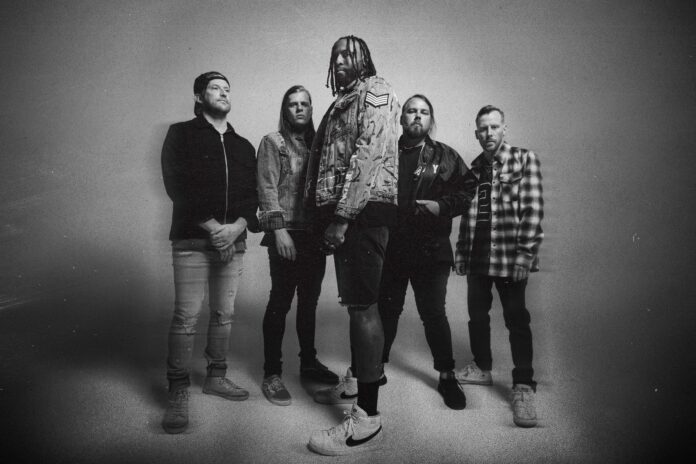 Following the release of their long-awaited full length Soul Revolution, Fire From The Gods are thrilled to announce the launch of the new official lyric video for “INI” today, via Better Noise Music.

Taken from the latest album, “INI” perfectly showcases the unique soundscape Fire From The Gods have forged over the years.

Frontman AJ Channer comments: “I N I specifically speaks out against gun violence.  I lost friends and family to gun violence as well as witnessed it. Make no mistake it has to change now or it will get worst!”

There are currently five videos/singles featured on Soul Revolution: Love Is Dangerous, SOS, Soul Revolution, Thousand Lifetimes, and World So Cold.The songs have explored themes of self realization and discovery, unifying amidst personal revolution, motherhood, and resilience. Having officially surpassed 100M streams on their Spotify catalog, this new body of work masterfully blends feelings of inspiration and aggression with the feeling of soul searching. Erik Ron (Godsmack, Motionless In White, Panic! At The Disco) produced, engineered and mixed Soul Revolution, now available to stream and download HERE. See below for a full track listing.

Fire From The Gods have adopted a unifying mission statement, “All Power to All People,” a play on the revolutionary slogan “All Power to the People.” Listeners will hear this statement reflected in Soul Revolution, as the band aims to empower all fans through their music.

CONNECT WITH FIRE FROM THE GODS