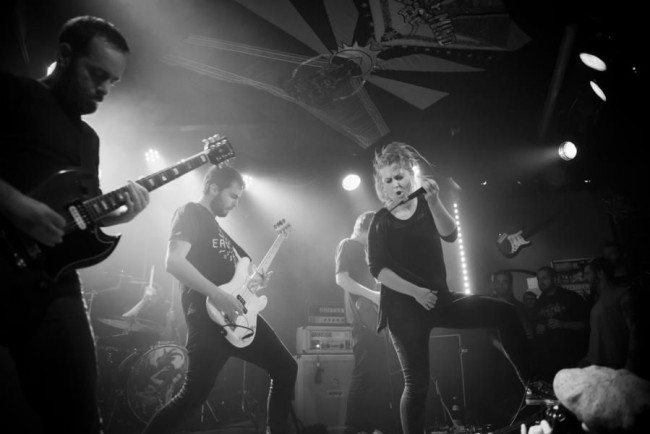 You looking for some heavy tunes, look no further, High Fighter brings it!!” recently confirmed even by desert rock legend John Garcia. And this band is indeed a volatile cocktail of heavy as hell riffs, fuelled by beer and the mighty weedian riffs. Add a heavy dose of the blues and these almost deadly schizophrenic vocals, and High Fighter deliver some mean and dirty Blues, Stoner & Sludgy riffs to fuel your appetite with.

Newcomers High Fighter were founded last summer by former members of Pyogenesis, A Million Miles & Buffalo Hump. After the critical acclaimed release of their first EP ‘The Goat Ritual‘ in late 2014, a first headlining- tour with sunnata throughout Germany, UK, Belgium & France this April, as well as previous gigs High Fighter already shared the stages with bands such as Corrosion of Conformity, Greenleaf or The Midnight Ghost Train, the 5-piece from Hamburg has just recently announced a series of upcoming shows & festival dates for 2015!

High Fighter‘s upcoming summer run will include shows with The Midnight Ghost Train, Mammoth Mammoth as well as a bunch of festival appearances!

High in Summer 2015 – Catch High Fighter this summer live on the following dates: