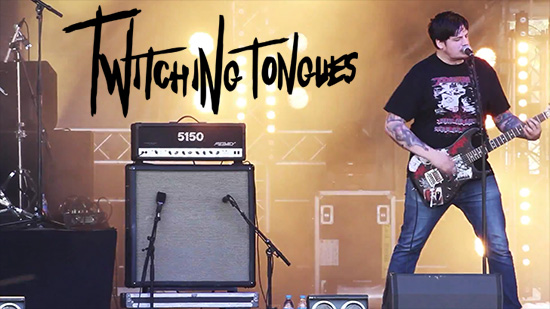 Twitching Tongues recently flew across the Atlantic to perform a string of dates across Europe with fellow SoCal hardcore act, Disgrace. The tour included a June 19th performance at the tenth anniversary edition of Hellfest in Clisson, France. The band’s set list included the title track from the band’s forthcoming album, “Disharmony“, and an official live performance of that song can be seen now on the Metal Blade Records youtube channel HERE.

Over e-mail from London, vocalist Colin Young commented: “When your band’s existence is pretty much solely based on live videos from Dynamo fest in the 90’s, playing something like Hellfest is pretty fucking cool. Especially getting to play “Disharmony” live for the 3rd or 4th time ever.”
“Disharmony” is scheduled for an Autumn release via Metal Blade Records worldwide. New music and details will be released in the coming weeks.